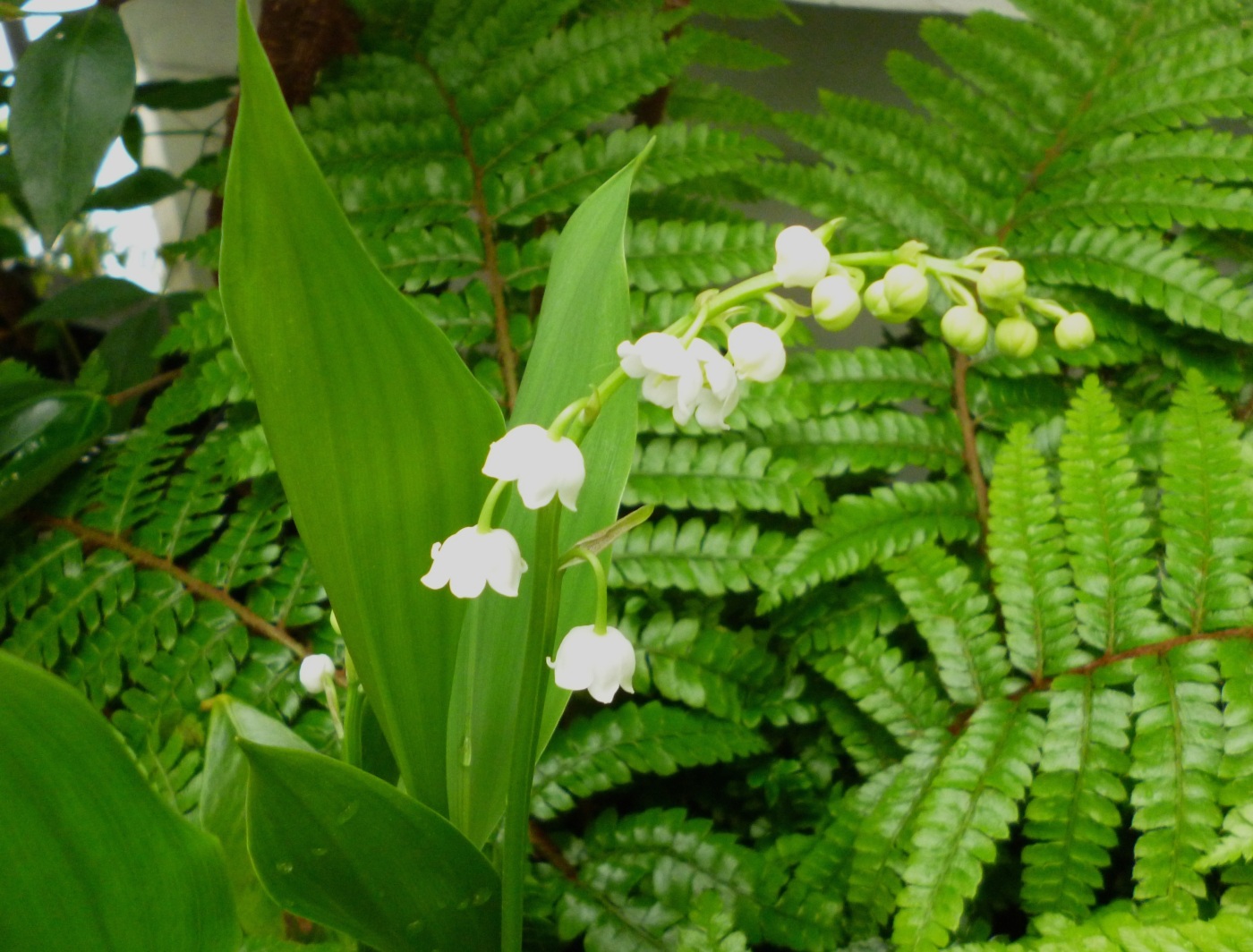 This should have been yesterday’s post but I was trying, and failing, to take a better picture of lily of the valley or muguet, the May flower of France.  The tiny flowers are such a pure white that they seem to glow in contrast with the matt green leaves and lose all definition.

May 1st (or it’s equivalent in various other calendars) has been a spring festival all over Europe since pre-Christian times.  It was the festival of the Roman goddess Flora, and is the Gaelic Beltane.  The days are getting longer, the trees are coming into leaf and more flowers open every day. It’s a natural time for a celebration.

Lily of the valley is said to have a long history as a good luck charm in Celtic tradition.  In France its association with May 1st is dated to 1560, when the young king Charles IX was given a sprig of muguet for good luck, by the knight Louis de Girard de Maisonforte.  It was a long time ago, so there are different versions of the story.   Some say the posy was given to the king, others to his mother, Catherine of Medici.  Some say the gift was a spontaneous gesture by the knight, picking flowers from his own garden, and others that he picked muguet  from the woods around Fontainebleau, as a signal of the successful completion of a clandestine mission.  Either way, the king liked the gesture and the next year marked May 1st by giving sprigs of muguet to all the ladies of his court, saying ‘Qu’il en soit fait ainsi chaque année’ or ‘let it be done so every year’.  And so it was.

Apparently the tradition of giving muguet to friends and family is kept up particularly strongly in the south of France and in Paris.  Street trading without a license is usually illegal but on May 1st anyone in France is entitled to sell muguet  on the streets, providing they stay 40m from a professional florist and only sell flowers picked in the wild or grown in their own garden.  There’s a special legal dispensation to that effect.

The muguet sellers of Paris were out in force and in variety yesterday, ranging from an elderly lady with a basket over her arm to a team of Croix Rouge volunteers with a folding table and high vis tabards.  In addition to bunches of cut flowers, a lot of amateur or professional traders sell sprigs with roots attached, wrapped in moss or cellophane, or potted up.  Here’s our little potted sprig, tucked among the ferns to make it easier to photograph.

Lily of the Valley, Spring, Traditions