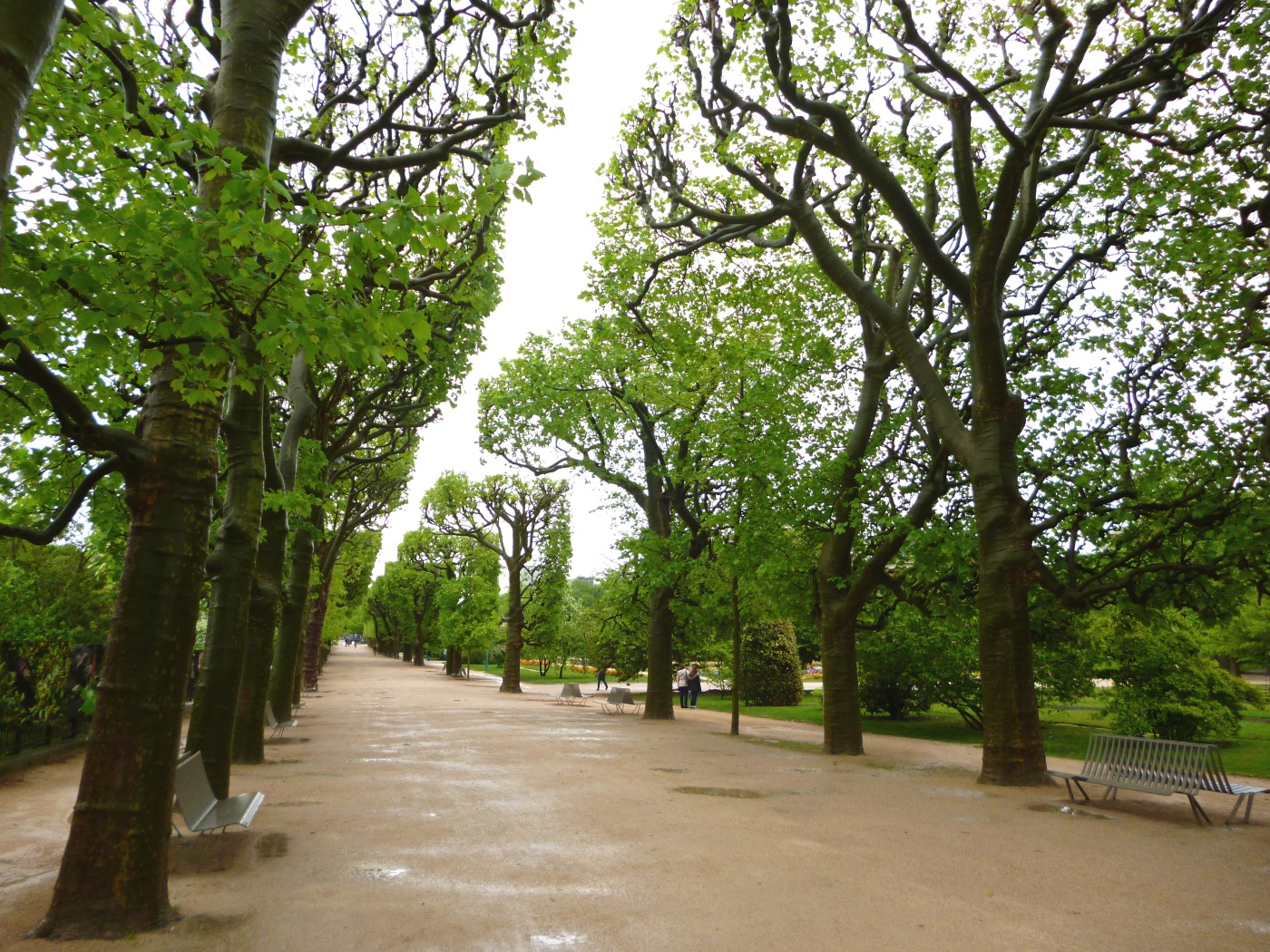 Trees planted in formal allées, and pruned to maintain a regular form, have been a key feature of formal French gardens since the 16th century.    Some species of trees, such as lime and hornbeam, respond to pruning by sending out a thicket of straight new shoots from the cut branch, allowing a form similar to a clipped hedge on legs to be established.  Plane trees seem determined to maintain their own identity, however carefully pruned, sending out shoots that head upwards then twist and turn down.  With their large leaves and dangling clusters of spiky seed heads, they are not natural hedge material.

Plane trees thrive in Paris and form statuesque trees.  They are used for allées on a grand scale, like this one in the Jardin des Plantes, Paris’ historic botanic garden.   Pruned ‘au rideau’ to give a solid curtain of foliage on the outside, two avenues of plane trees enclose the 500m long central perspective of the garden.   The effect from the centre of the garden is of a vast, neatly clipped hedge enclosing the long parterres.  From within the allées, the individual form of the characterful trees is plain to see.