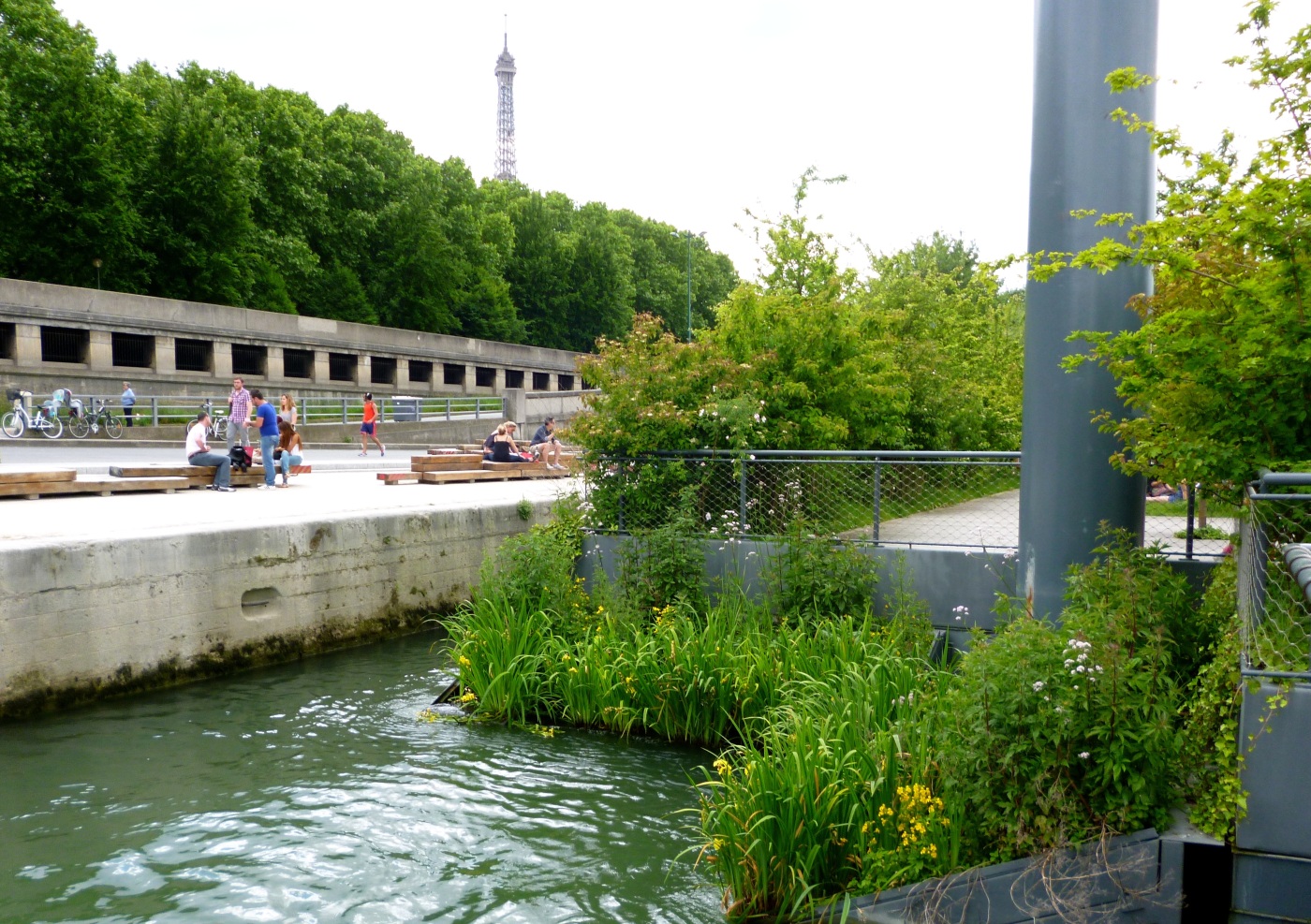 Another view from Sunday’s visit to the Jardin Flottant.  Not a great picture but it shows the context, and an unmistakeable landmark.

The floating islands are anchored just offshore from Port du Gros Caillou, a 19th century dock that was absorbed into the Rive Gauche expressway in the 20th century, in one of many developments intended to improve traffic circulation.  Times change, the council is now working to reduce the dominance of cars in the city and the riverside is progressively being restored to pedestrians and cyclists.   On 28th January 2013 the expressway was closed indefinitely to allow the development of a 4.5 ha promenade and public open space, stretching from les Invalides to Pont de l’Alma.   Despite political opposition from the centre right UMP and dire predictions of city wide gridlock from motorists lobby groups,  the new Berges has quickly become an animated and popular public space and Paris has not ground to a halt.  The developments are theoretically temporary.  All the new structures and planting could be loaded onto lorries and carted away in a matter of weeks, if not days, but it’s hard to imagine the process being reversed now.

The rapid transformation of an urban highway into vibrant public space wasn’t simply a result of closing the road and planting a few trees in boxes.   The Mairie assembled an impressive team to plan, support and animate the developments, including renowned architects, graphic designers, business coordinators and sports specialists.  Seasonal and year round businesses are already established on the quayside and on barges moored alongside, including cafés, restaurants and sports coaching services, but there’s also lots to see and do that is free to everyone.   Have a look at the official website, bearing in mind that two years ago this was just another stretch of tarmac.