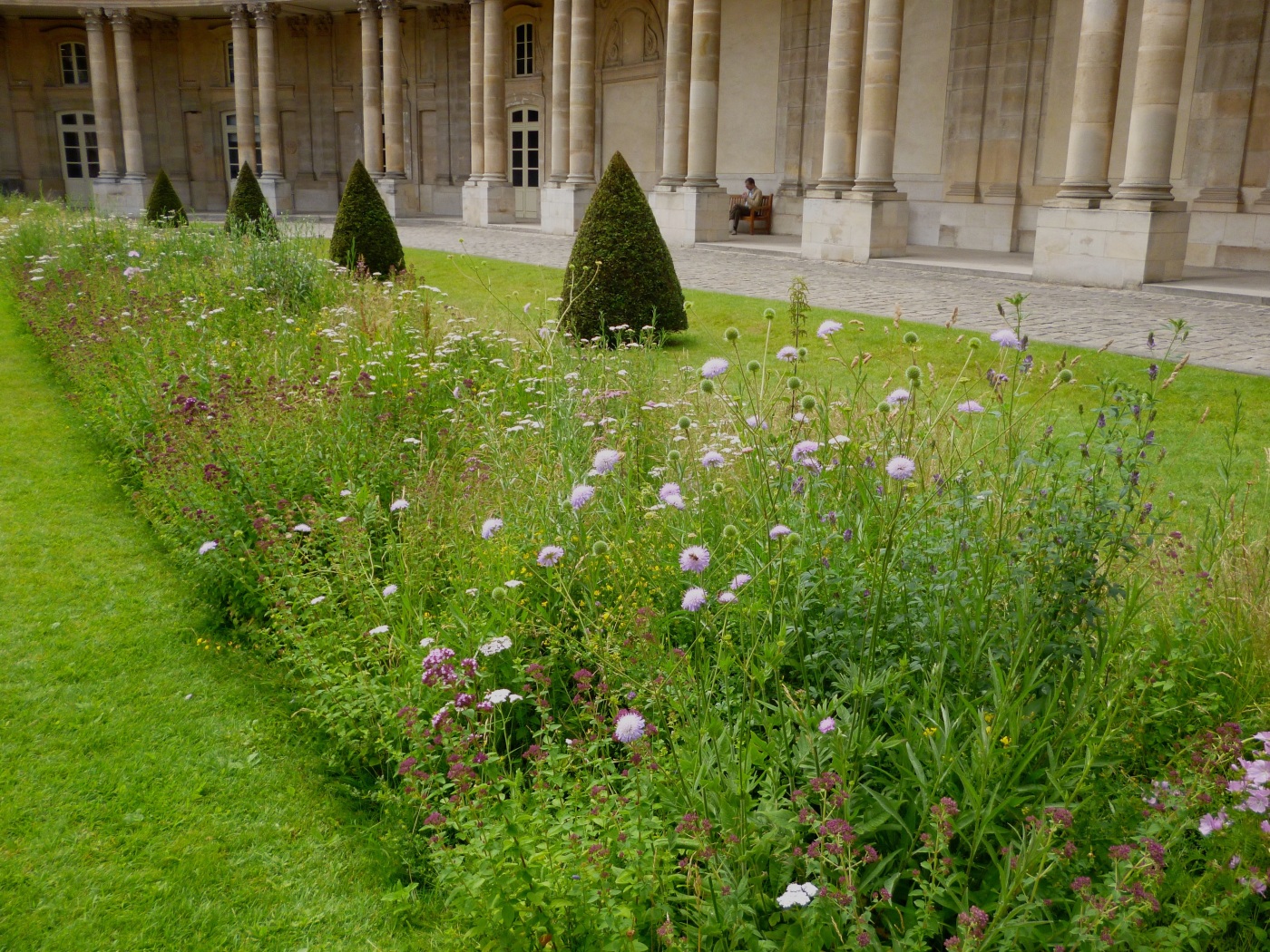 The cour d’honneur of the Hôtel de Soubise isn’t the most likely place to find meadow wildflowers. Until recently this most minimal of French formal gardens (part of the grounds of the Archives Nationales) consisted simply of mown grass and trimmed yew cones, between the wide, stone-flagged pathways.  The beauty of the place lies in the proportions, and in the grand simplicity of the colonnaded walkways which surround it, shutting out the noise of the street.

In early 2014 the turf was removed from a central strip on either lawn and the new beds were sown with a colourful mix of annual flowers.  In the autumn the gardeners went one step further and seeded the long beds with wild flowers.  The wildflower plants are now well established, meshed together in a dense band and just coming into bloom.  Whether by accident or design, the flowers are a harmonious mixture of violet, white and dusky purple, with yarrow, scabious, vetch, wild marjoram and dusky cranesbill  featuring prominently in the mix.  On a sunny morning bees and hoverflies are busy around the flowers and  I’d guess there are plenty of other insects and spiders going about their lives in the thick undergrowth.

In this setting smaller patches of wildflowers could easily have looked like a mistake or failure of maintenance.  Informal curves or too much variety could have distracted from the clean lines of the courtyard.  To my eyes these straight, dense strips work well, giving an interesting textural contrast to the mown grass and clipped box.  It’s clearly a gesture in support of biodiversity, but the gesture is bold enough to offer a real benefit to local wildlife.