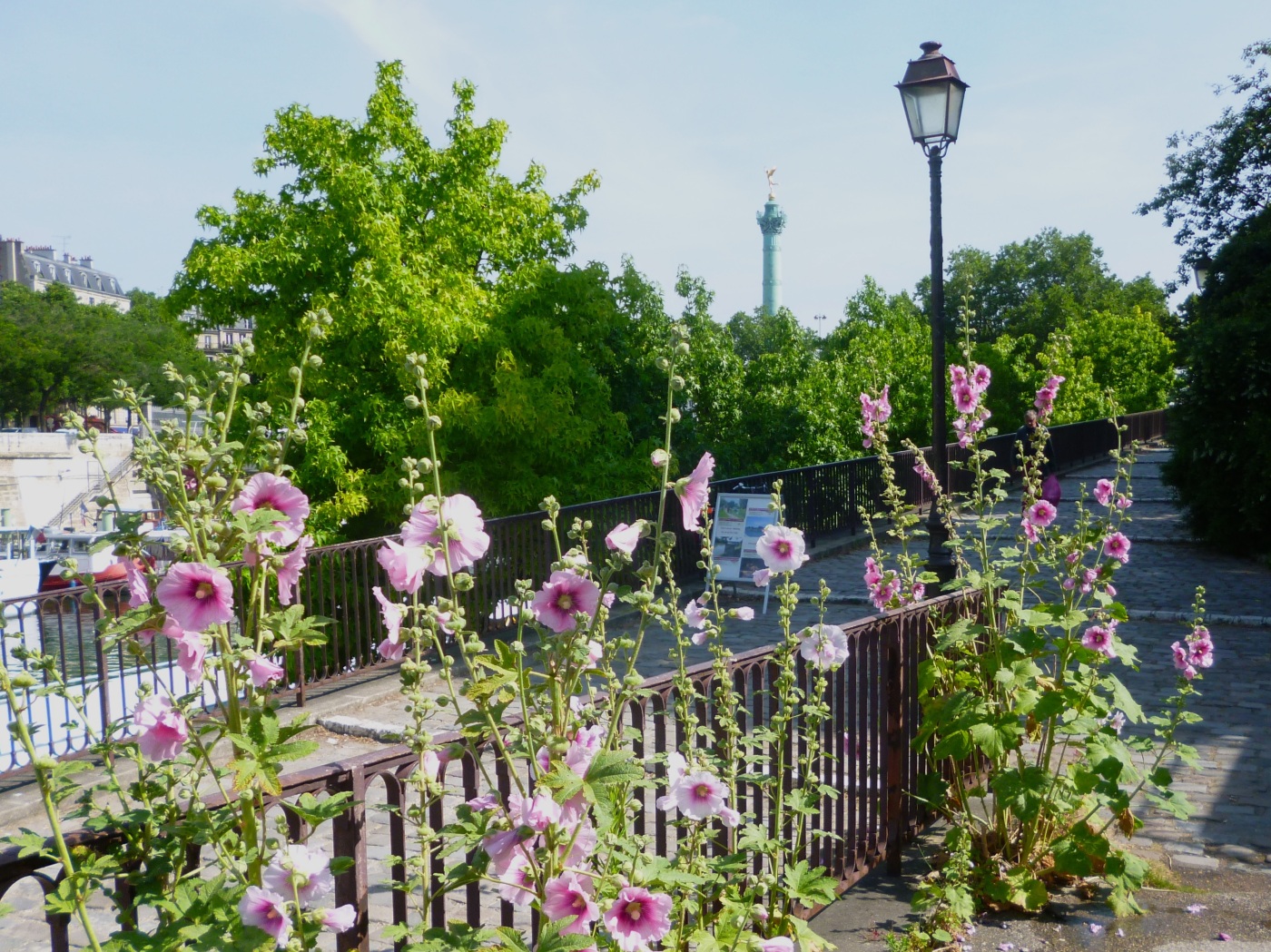 One of those places where only a self-sown plant takes root.  It would be impossible to plant hollyhocks here in the crack between the path and the base of the railings.  Deliberately sown seeds might stand a chance, but the failure rate would be discouraging to any gardener.  Once one hollyhock is established and seeding freely, there’s a good chance that a few seeds out of the hundreds shed each season will lodge somewhere promising.

This picture was taken alongside the Port de l’Arsenal, the basin which links the Canal St Martin to the river Seine.  Just upstream from this point the canal disappears underground and runs under Place de la Bastille, the site of the fortress that was stormed by the people of Paris in 1789 and demolished the same year.  The column topped by the golden figure of the Spirit of Liberty, seen above the treetops in this picture, doesn’t commemorate the events of 1789 but rather the three chaotic days of the July Revolution in 1830.  Commonly known as the Trois Glorieuses, this second revolution led to the abdication of Charles X and the installation of Louis-Philippe d’Orleans as a constitutional monarch.

An inscription on the 50 meter bronze column lists the names of 504 citizens, interred in a crypt under the monument, who died ‘in the defense of public liberty’.  Before the inauguration of the column on the 10th anniversary of the revolution, the bodies of these revolutionaries were brought for reburial from various locations around Paris, including the cellars of the Louvre museum.  It is said museum staff later discovered that several Egyptian mummies were missing from the cellars, presumed accidentally reinterred alongside the revolutionaries.