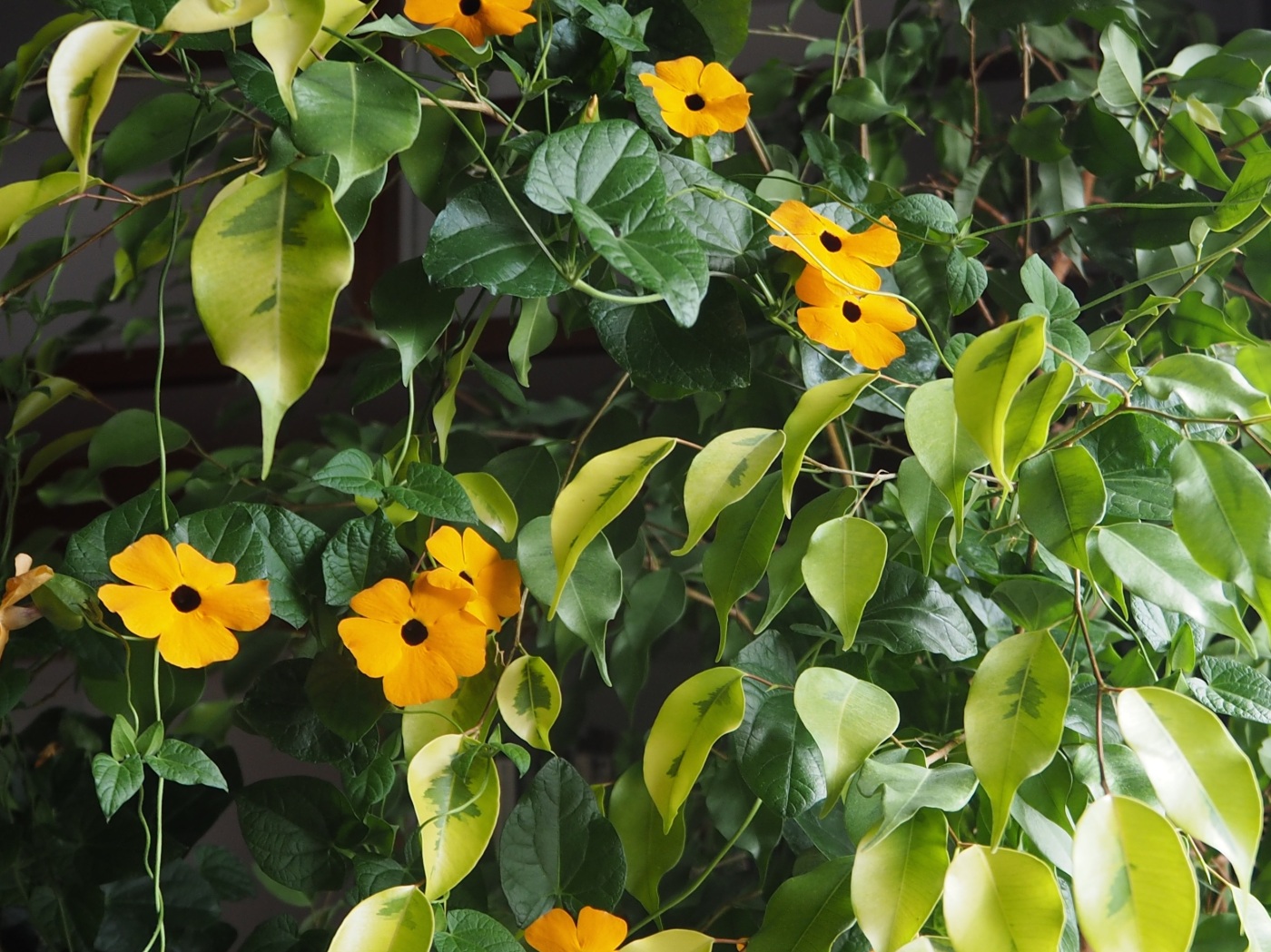 Our rented apartment comes with a couple of very large house plants.  The Dracaena lurks in a corner and copes with low light levels.  The Ficus demands more light and attention.  It was in a miserable condition when we arrived and has responded well to regular watering and feeding, but it’s not an exciting plant and shows no change with the seasons.

Earlier this year I planted a few seeds at the base of the Ficus.  Three spindly seedlings appeared and twined tentatively up the bare stems of their host plant, putting out a few, small, inconspicuous leaves.  After a couple of months they started to leaf up more vigorously, but by that time they were well up into the leafy branches of the Ficus and a bit of extra greenery was easily overlooked.

It was only when the twining stems reached the top of the Ficus (some 2m above ground level) and started to trail downwards that they produced their first flower buds.  Now there’s a cascade of bright orange blooms, half-hidden on the sunny side of the plant.

The climber is Thunbergia alata, known as Black Eyed Susan but unrelated to the Rudbeckia that also goes by that name.  This Black Eyed Susan is an herbaceous perennial, native to East Africa.  Grown as a half-hardy annual in European gardens, it may survive for another year under cover.

One thought on “A Cheerful Climber”