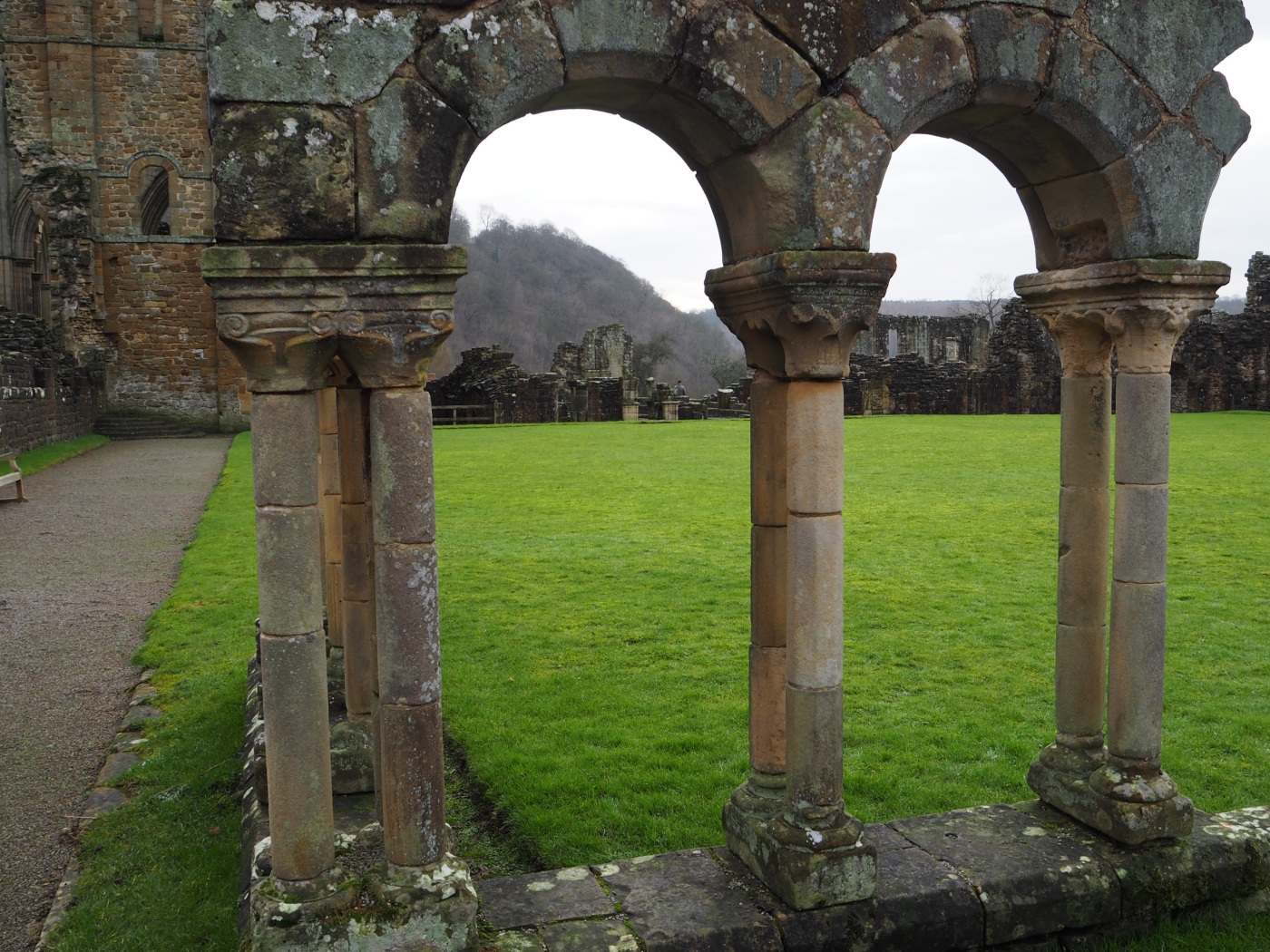 ‘Everywhere peace, everywhere serenity, and a marvellous freedom from the tumult of the world’.  Abbot Aelred’s description of Rievaulx Abbey, as he knew it in the 12th century, could still be used to describe this beautiful place today.

A well marked footpath leads from the market town of Helmsley, three miles through woods and fields, to this secluded valley.  The early Cistercian monks knew how to choose a site for a monastery.  Away from the tumult of the world maybe, but sheltered from the wind, open to the sun and provided with good farmland, woods, building stone and water. 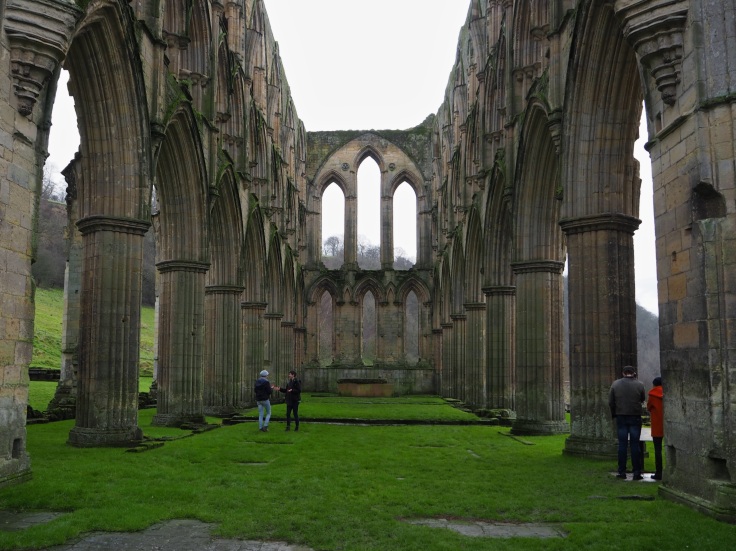 Founded in 1132, on land given by Walter Espec, lord of Helmsley, the abbey grew in fame and prosperity under it’s second abbot, Aelred,  a much respected writer and Biblical scholar. Aelred was elected abbot in 1147.  By the time of his death in 1167 the community had doubled in size, numbering 140 monks and 500 lay brothers.

The expansion in numbers of the community was accompanied by much building work, including a large cloister, a new chapter house, an infirmary with its own cloister (a retirement home for elderly brothers as well as a hospital), dormitories, day rooms and a wing for novices. This English Heritage plan shows the extent of the development. 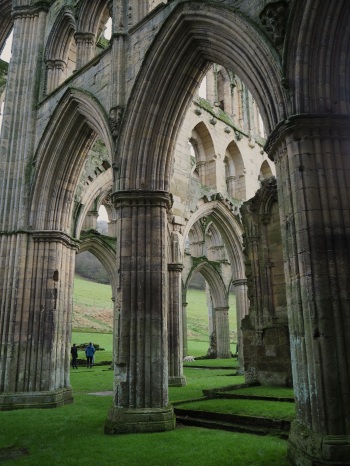 The last building project of Aelred’s tenure was the beautiful, new church with its tall, graceful, gothic arches.  Uncompleted at Aelred’s death, the church later became the setting for his shrine.

Later developments reflected changes in the character and work of the monastery.  By the 15th century a grand house for the abbot had replaced the infirmary and the infirmary cloister had become the abbot’s garden. The community no longer included lay brothers so the large dormitory was demolished.  By the time the abbey was shut down, in 1538 under Henry VIII’s dissolution of the monasteries, the community had dwindled to 23 monks.

The abbey buildings and lands were confiscated by the crown and sold, to raise funds for the royal exchequer.  Many of the buildings were demolished so that the building materials could be reused elsewhere.

For half its 800 year history, Rievaulx abbey has been in ruins.  The abbey escaped complete demolition, thanks to the 18th century fashion for romantic landscapes and the 19th century interest in architectural history,  but by the early 20th century the remaining walls were close to collapse. Now stabilized, ‘preserved and presented’ by English Heritage the ruined abbey is a place where time stands still.  ‘Everywhere peace, everywhere serenity, and a marvellous freedom from the tumult of the world’.