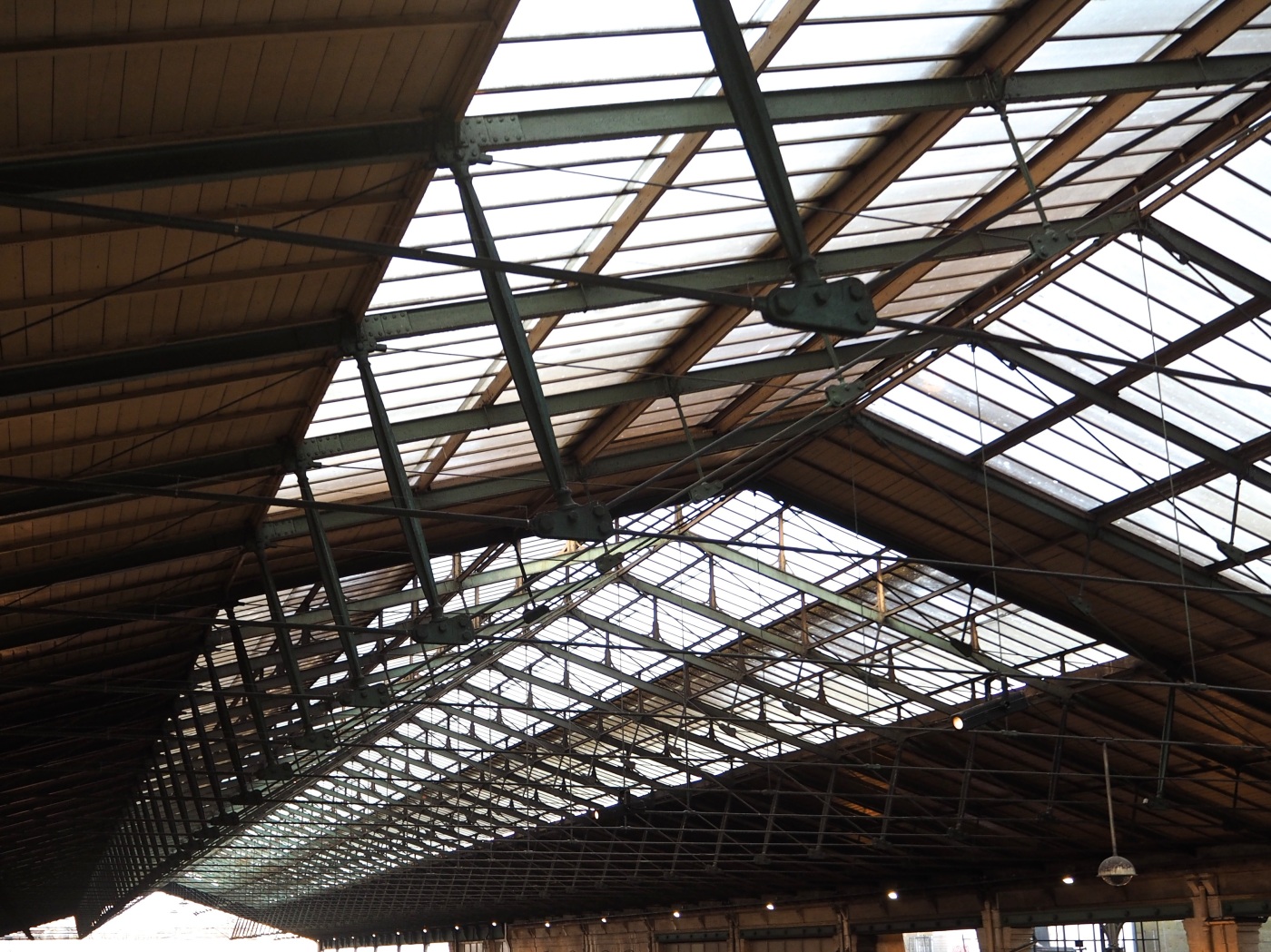 Arriving at Gare du Nord, passengers step off the train into the busiest rail station in Europe. 190 million passengers a year pass through the station and the concourse is rather cramped so, threading a path among the wheelie cases, newsstands and station traffic, new arrivals don’t tend to pause to look up at the roof.

The three interconnected halls of the original, 19th century station don’t have the immediate visual impact of the sweeping single span at London’s St Pancras, but it’s an impressive structure none the less.  With ten minutes to spare, waiting for friends to arrive on the Eurostar from London, I took the chance to have a closer look at the building, from the first floor bridge. There’s a modern extension to one side but I didn’t get that far with the camera. 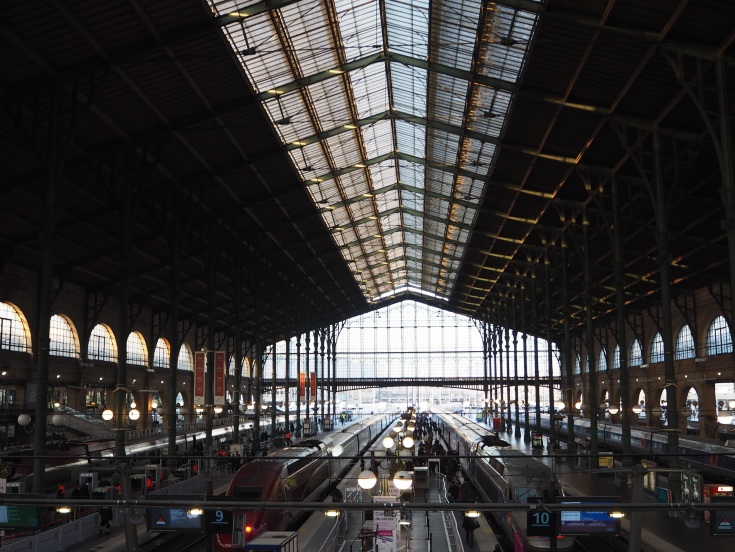 Where roofs meet at different slopes and angles the geometry gets complicated.