An Education in Brick 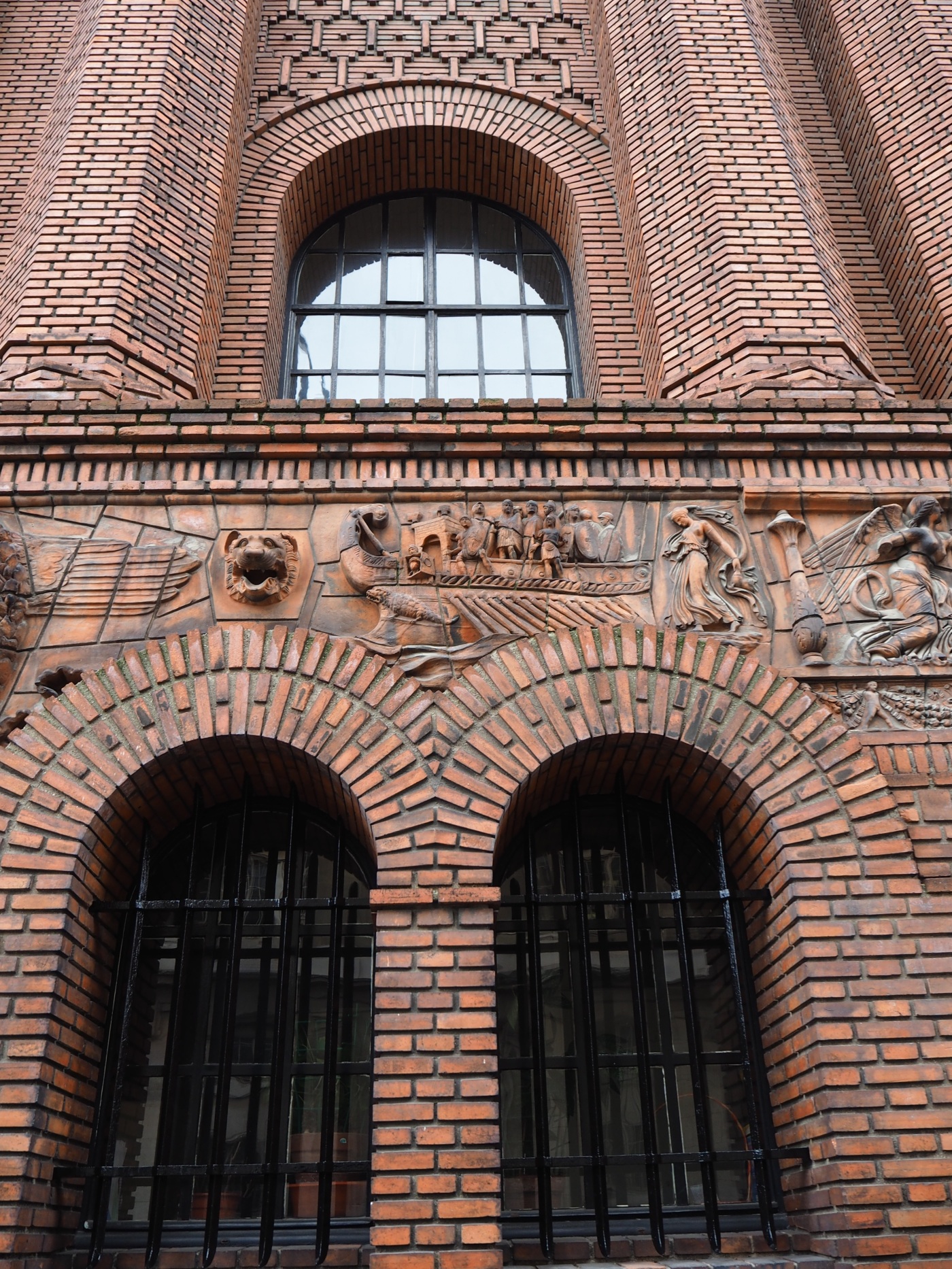 The red brick facade of the Institut d’Art et d’Archéologie stands out as a bright note among the subtle harmonies of stone, white and grey  which dominate the Paris street scene.  In 1920, when architect Paul Bigot won the competition for the design of the new university building, one critic declared that the facade was ‘not conceived to be built under a Parisian sky’. Another critic (who liked the building) described the facade as a synthesis of the soul of Antiquity, the heart of the Middle Ages, the spirit of the Renaissance, the majesty of the French Grand Siècle  and the modernism of the present day.  That’s the abridged version. 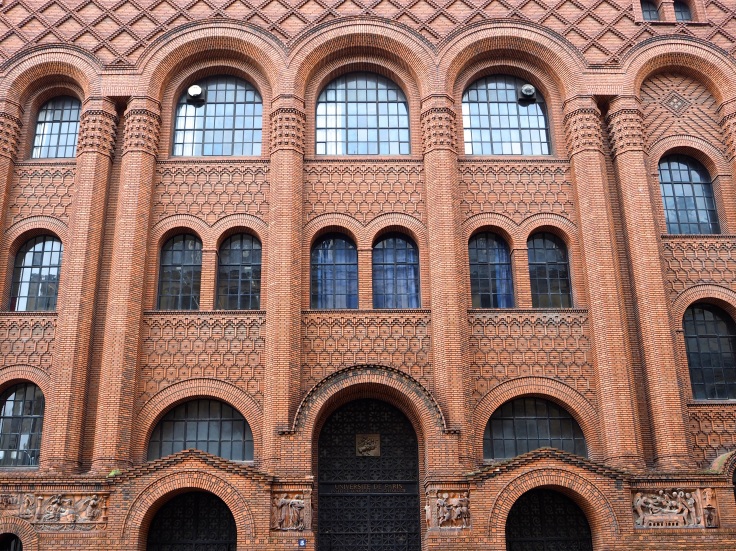 Underneath the brickwork this is a modern construction of steel and reinforced concrete.  The brick may only be a facade but the pillars, arches and gables are real and solid.  To my eye all the traditional features and historical echoes add up to a coherent whole.  The repeating form of the round-topped arches is quite restrained, compared to many Parisian buildings of the nineteenth century, and there’s no doubt where the front door is.

In keeping with local building codes the building sits straight onto the street with no forecourt.  Unfortunately that means that the base of the facade is hidden behind parked cars, which is why most of these photos are all cropped off above ground level.

Round the back a gap between two cars gives a view of a pair of service doors; modest in size but perfectly framed in twin brick arches, flanked by terracotta urns.

The frieze of moulded urns, lions, griffons, galleons, robed figures and floral garlands runs right round the building.  This isn’t just decoration but a series of reproductions of ancient artworks from around the world – lions from Mesopotamia, garlands from ancient Rome, Biblical figures from the facade of Reims cathedral…. A teaching aid in terracotta for a crash course in art history.

The quotes in this post come from a detailed account by Christian Hottin.  The original (in French) can be found here.

And finally, this post is linked to Thursday Doors.  Follow the links to find this week’s collection of ordinary and extraordinary doors around the world.

11 thoughts on “An Education in Brick”