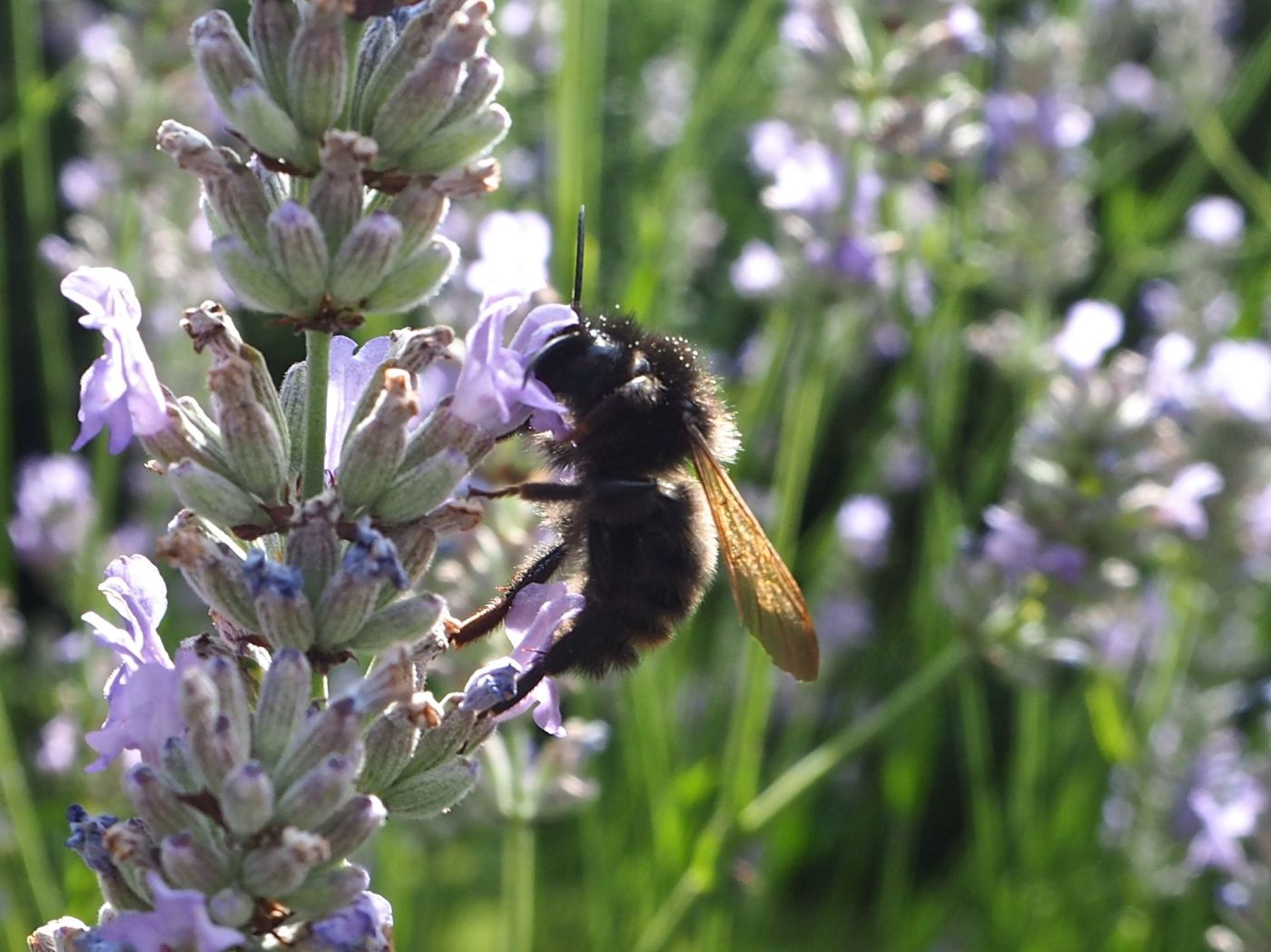 Once you know the identity of this dark bumblebee it is easy to imagine that it’s acting in a suspicious manner.  While the garden bumblebees and red-tailed bumblebees bumble around on the outer flowers of the lavender, the slim dark ones, faintly banded with buff or plain black, seem to lurk low down in the middle of the bush.  Or am I imagining that?  This is a field cuckoo bee (Bombus campestris).  The red-tailed bees (Bombus pascuorum) feeding on the same plant are it’s unsuspecting hosts.

Like the birds of the same name, cuckoo bees lay their eggs in the nest of the host species and leave the unwitting hosts to feed their young.  Unlike fledgling cuckoos, the grubs of the parasitic bee don’t push their step-siblings out of the nest; the damage takes a generation to have its full effect.  Red-tailed bumblebees are social insects whose communal life depends on worker bees making and maintaining the nest.  Cuckoo bees have no social instinct and lack the ability to make the wax that is essential in the building of bees’ nests.  Once hatched the bees play no part in the life of the host community until a mated female sneaks back into the nest to lay her eggs again. 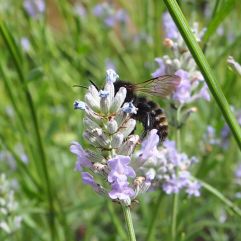 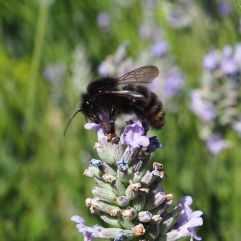 Or maybe not. Male field cuckoo bee in plain view 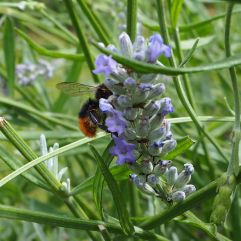 Female red-tailed bumblebee – all black apart from the red tail 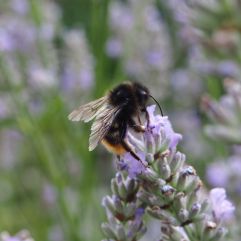 Another red-tailed bee, though not so red and a bit stripy. I’m not sure about this one.

A tree bumblebee (Bombus hypnorum) This species only arrived in Britain in 2001 but is now widespread. They prefer to nest in trees, often in bird boxes.

Garden bumblebee ready for take off. The wings look too small to support such a portly bee.

One thought on “Dark and Mysterious”