Liberty, equality, humanity, friendship, sharing.  The coy, doe-eyed girl may not look as if she’s modeled on a fearless political activist but the hair says it all.  This is Vinie’s tribute on the Rosa Parks Wall, created last year to mark the naming of a new metro station in honour of the iconic civil rights campaigner.

Five internationally known street artists (four of them women) were invited to paint large murals on the themes of inequalities, citizen action and the role of women.  Local graffeurs were offered smaller, framed spaces in an ‘open air gallery’.  The large scale murals (to be seen on the Rosa Parks Mur website) are no longer recognisable after extensive overpainting but most of the smaller ‘exhibits’ look just as they did when first painted.   This one (above) is by Doudou Style.. 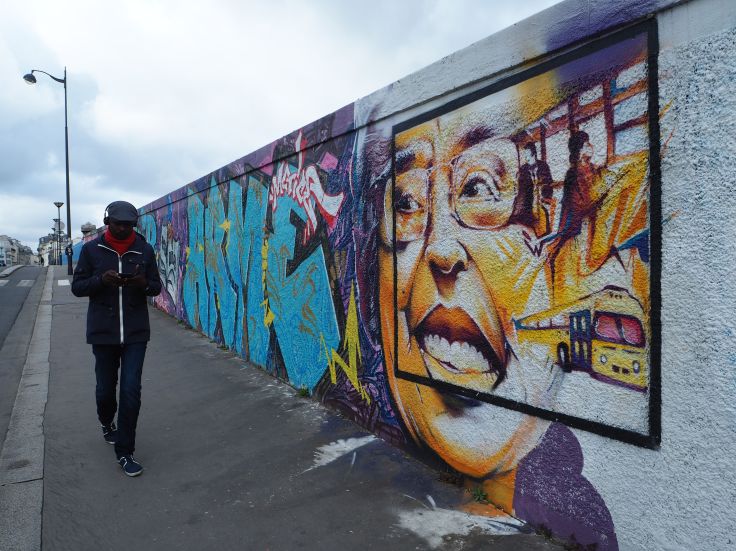 And this portrait of Rosa Parks and the famous yellow bus is by Batsh. 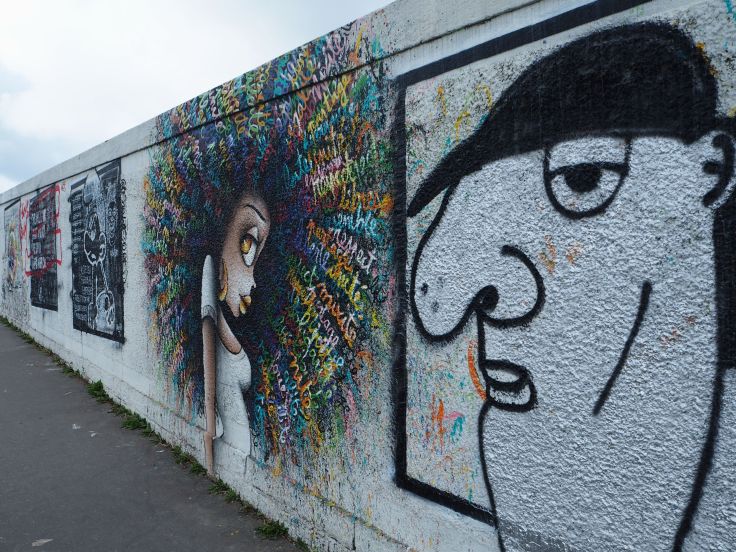