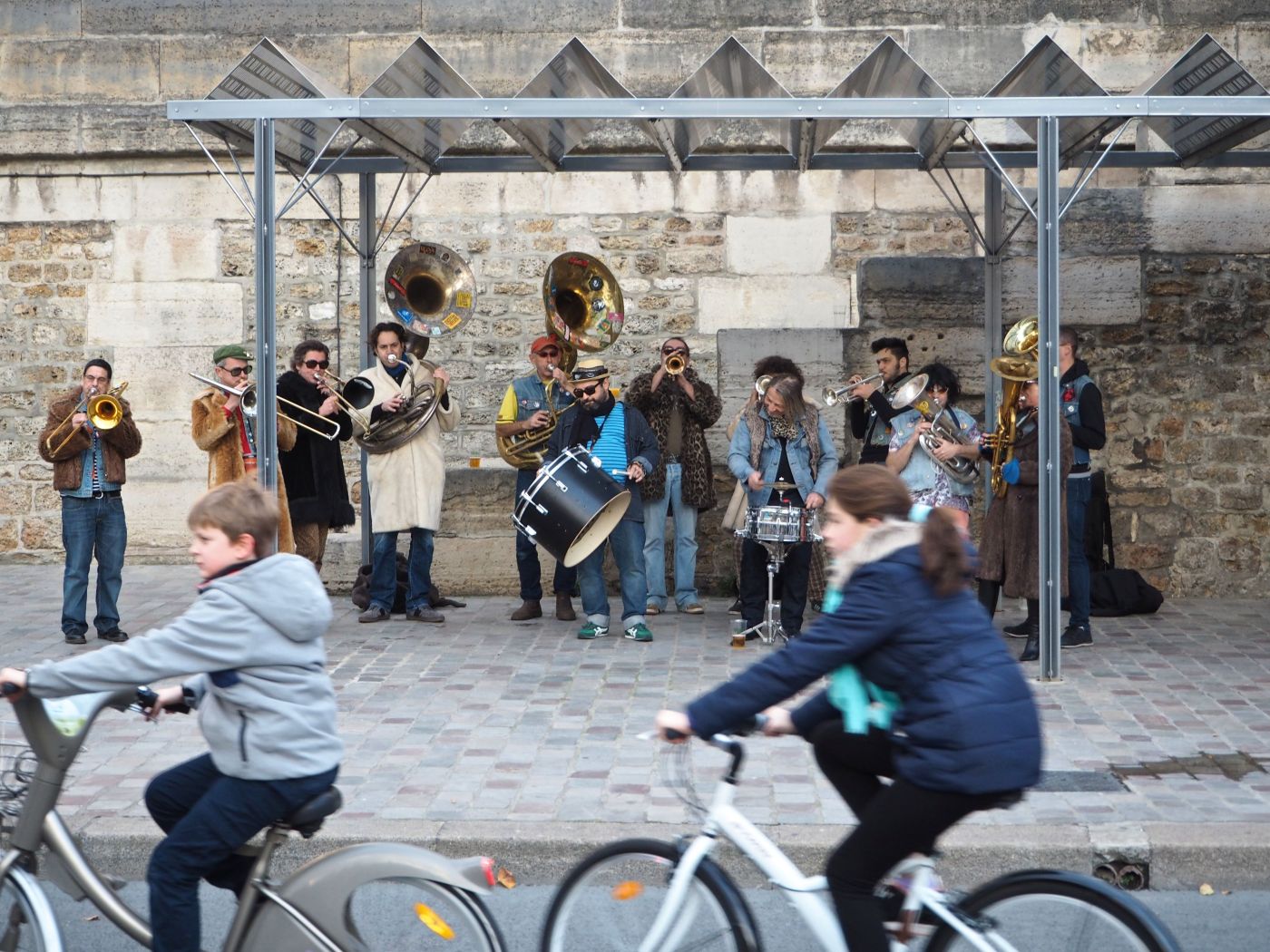 Th line up looks haphazard and the dress sense eccentric but once they get into the swing of the music it’s clear these guys know what they are doing.  Boula Matari is a fanfare de Beaux-Arts, a curious category of French brass band that, by definition, verges on the chaotic.  By historical standards some of these musicians should have been thrown out of the band for playing too well.

The first fanfare de Beaux Arts or Bôzarts was a ramshackle student band, pulled together  for a carnival parade in 1888 by architecture students at the École des Beaux Arts de Paris.  On that occasion half the instruments in the ‘orchestra’ were cardboard bigophones, a sort of decorative kazoo made in many different shapes.  The ranks of bigophones were followed in the parade by saxophones, trombones and bugles all playing noisily to their own rhythm and generally having a good time.  The declared objective of the band was to ‘make a noise’.

Over the years the bigophones were gradually replaced by more conventional musical instruments as Beaux Arts schools in other French cities set up their own fanfares.  Ex students stayed on in the bands and the standard of musicianship rose, though this was sometimes controversial.  There are now thirty fanfares Bôzarts in the Paris region and many more across the country.

Formed in 1985, fanfare Boula Matari is firmly established on the Paris musical scene. Yesterday they were playing on the Berges de la Seine at the invitation of the mairie, adding a note of controlled chaos to a day celebrating the implementation of the Paris accord on climate action.

As the band played pedestrians, cyclists, skaters, scooters and hover-boarders passed by on the road that used to be known as the Georges Pompidou Expressway.  Opponents of the closure of this highway predicted traffic chaos in the city.  Yesterday there was just a little light chaos on the banks of the Seine.