A Bridge From All Angles 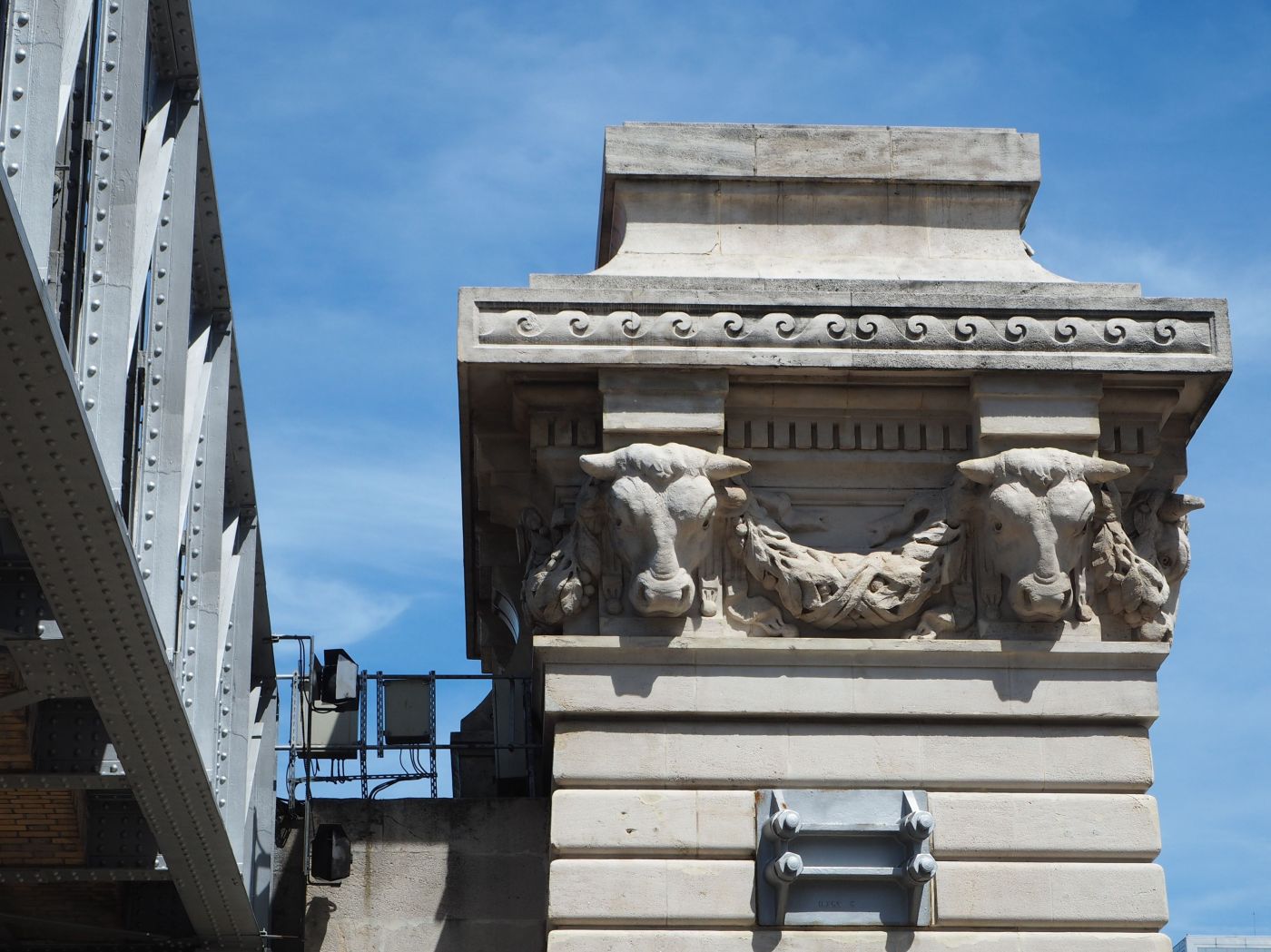 Six views of a bridge, from all angles. 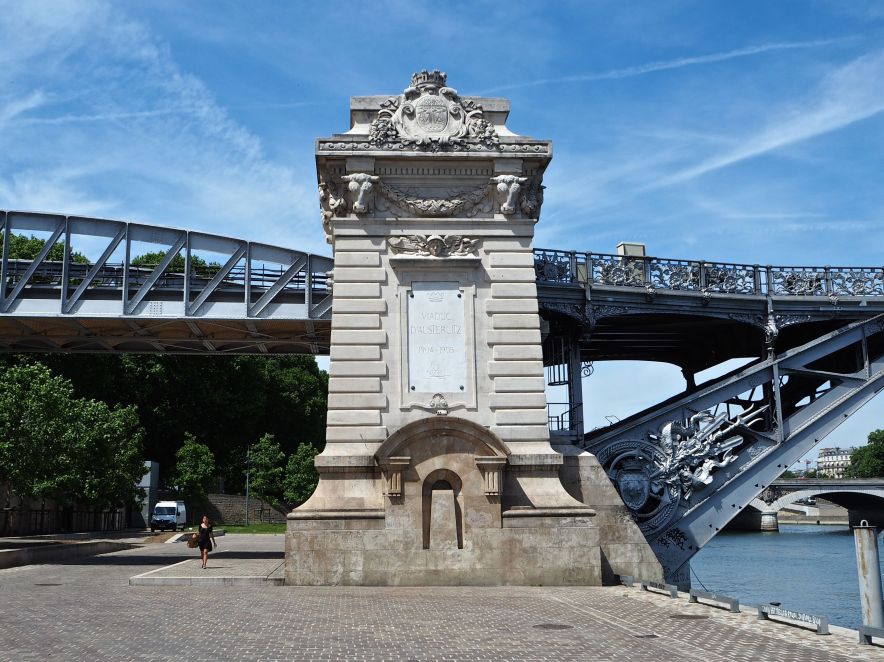 Massive stone columns topped by the city coat of arms. 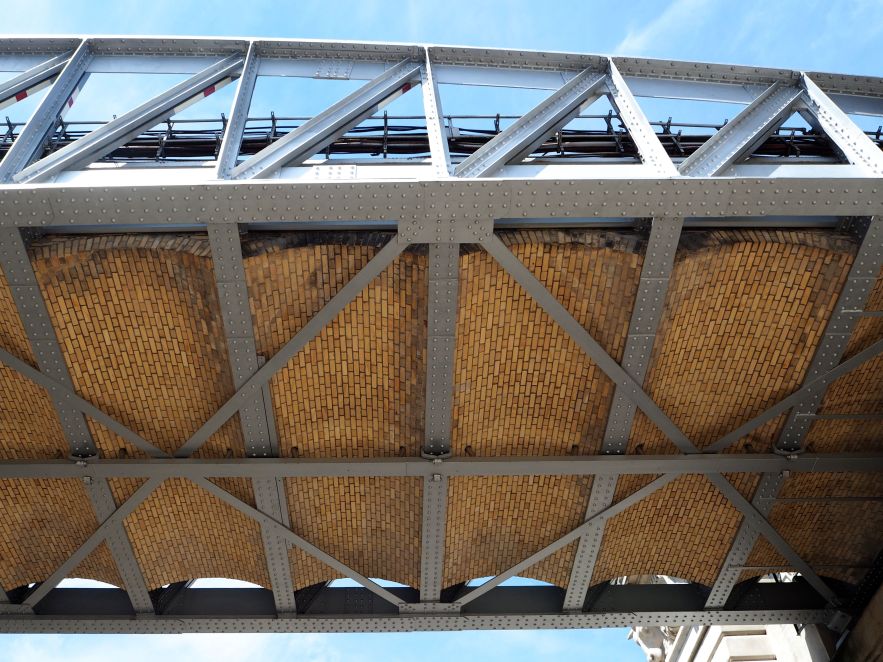 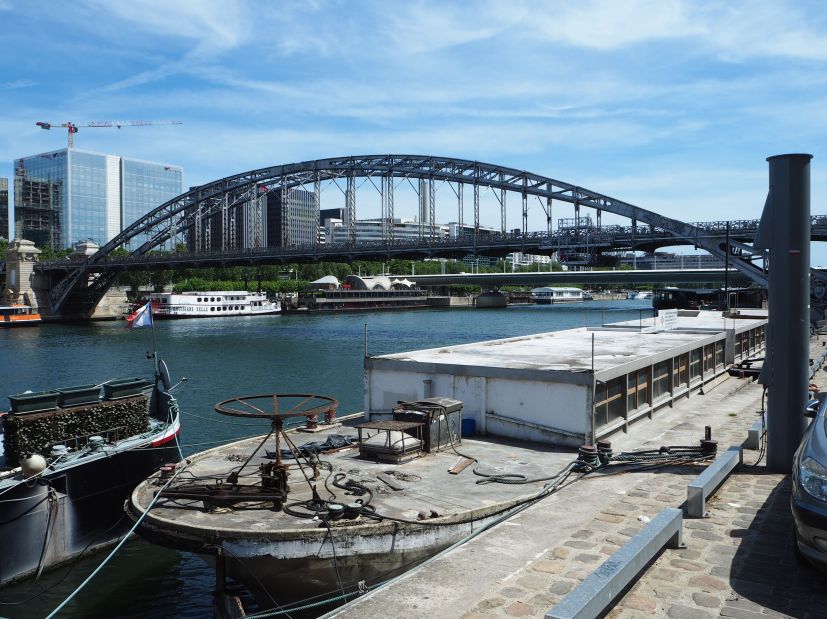 And the elegant bow of Viaduc d’Austerlitz, spanning the River Seine.

Opened in 1904, the designers of the bridge faced the challenge of bringing the metro line in at the right level to run straight into Gare d’Austerlitz station at the same time as keeping the river channel clear for traffic.  Once the engineering matters were sorted out the embellishment of the bridge was entrusted to architect Jean-Camille Formigé.  Various descriptions of the bridge, on heritage web sites and Wikipedia, mention the dolphins, shells, seaweed, anchors and other nautical emblems that feature in the decoration.  I’ve not found any explanation for the rather impressive bulls’ heads.

2 thoughts on “A Bridge From All Angles”