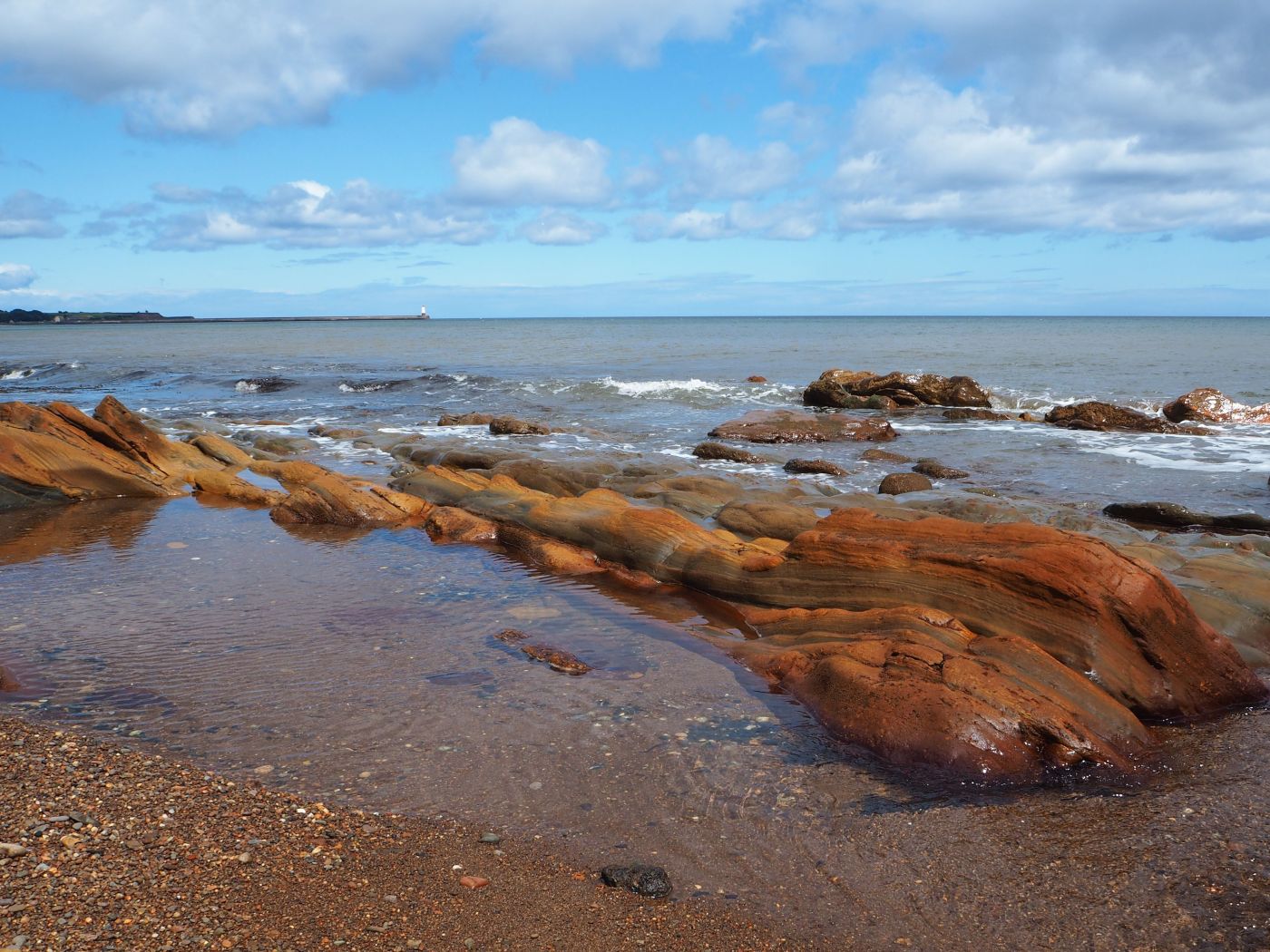 Bands of grey, sandy beige and rust red; jagged stone teeth worn down by wave rolled gravel. The harmonious colours and smooth curves of the rock ridges which emerge from the waves at low tide belie the violence of the processes that created them.

Look the other way, to the end of the beach, and the sharply sloping rock strata diving down towards the sea give a hint of the ancient upheavals that shaped this shore.  I’m no geologist but it doesn’t take much curiosity to notice the extraordinary variety of colour, texture and disposition of the rocks along the Northumberland coast.  Bands of limestone, sandstone and shale, some hard some soft, were laid down over geological ages in the warm tropical sea that once covered this land.  Violent earthquakes tipped the horizontal strata and volcanic magma burst through cracks in the rock to form hard ridges of dolerite.  The formative processes of a restless, young earth have long since calmed down but the erosion by wind, waves and weather that shaped the coastline we see today is a timeless process which still continues.

Time itself seems layered on the shore.  Rivulets of fresh water tumble down the beach, following the receding tide and sunlight sparkles on wind blown ripples.  In a sheltered rock pool a whelk inches its way along a frond of seaweed.  As the tide rises, breaking waves roll a pebble in a rock bowl, grinding the hollow with imperceptible slowness. Winter storms drive boulders against the cliff face and cracked slabs sometimes break loose, crashing suddenly into the water below. Each action repeats in endless variations. 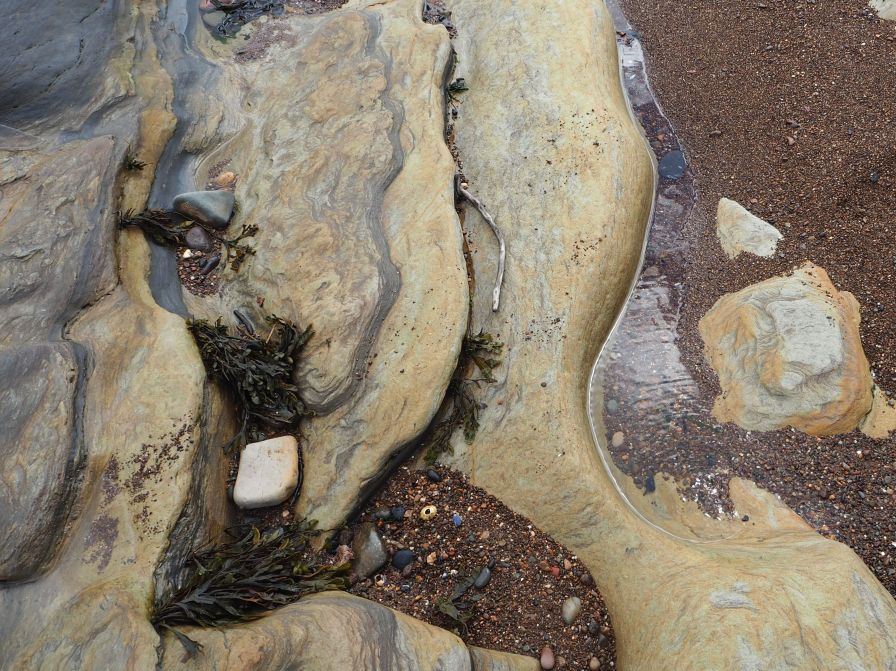 The Weekly Photo Challenge Delta asked for ‘a picture that symbolizes transitions, change, and the passing of time.’  Any of these four images could say something on that theme but they may say more together.