Seen from the right angle the entrance to this school drama studio on rue Corvisart displays a striking portrait.  Walk a little further and the image, made simply from holes drilled in the steel gates, disappears against the background view. 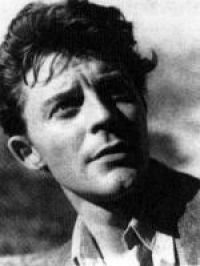 The name of the venue leaves no doubt as to the subject of the portrait even if the face is unfamiliar to the young students of the college and lycée.  Gerard Philipe was a star of post war French theatre and cinema, a hero to his generation thanks to his membership of the FFI resistance force (Forces Françaises de l’Intérieur) and his participation in the 1944 Liberation of Paris.  His premature death in 1959 at the height of his career, aged 37, left his image ever youthful in the public memory.

4 thoughts on “Making an Entrance 2”