The Spaces in Between 2

At the heart of the Musée Bourdelle is the apartment and atelier where sculptor Antoine Bourdelle lived and worked from 1885 until his death in 1929.  Unlike a modern, white box gallery designed to be a self effacing background to the works of art on display, these rooms assert their own character as practical places for daily life as well as creative work. 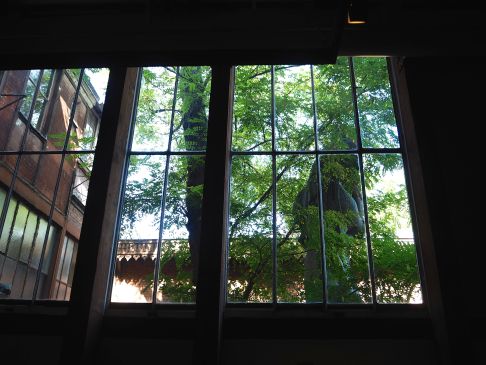 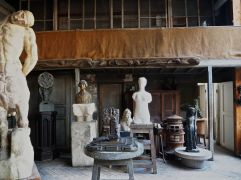 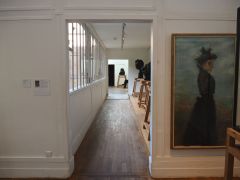 The simple courtyard gardens between the buildings are peopled by oversized bronze statues which (or who) add their own character to the space.  A giant bronze figure standing in a corner next to a galvanized drain pipe is a reminder that production of sculpture on this scale is a serious industrial process, not just the creative endeavour of one artist. 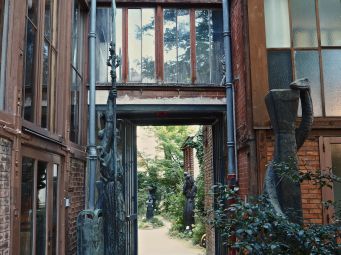 After Antoine Bourdelle’s death his family continued the production of bronzes from his models for some years but the future of the collection was uncertain.  The atelier was finally transferred to the Ville de Paris in 1949 and converted to a museum.  The Grand Hall was added in 1961 to display the massive plaster models from which bronze statues had been cast.  It’s a well lit museum space of its era – a place that puts the visitor firmly in their place as a well behaved observer.  (Another modern extension was added in 1992 but that was closed for rearrangement when I visited this week.) 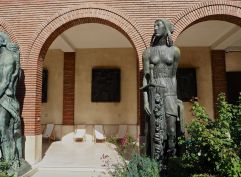 By contrast the colonnaded garden between the atelier and the street is a relaxing place shared between the bronze figures and the visitors.  The deck chairs lined up in the shelter of the sunny arcade offer an invitation to linger, to admire the art work on display but also to enjoy the spaces in between.

(Click on any photo in a block to view that gallery)

5 thoughts on “The Spaces in Between 2”