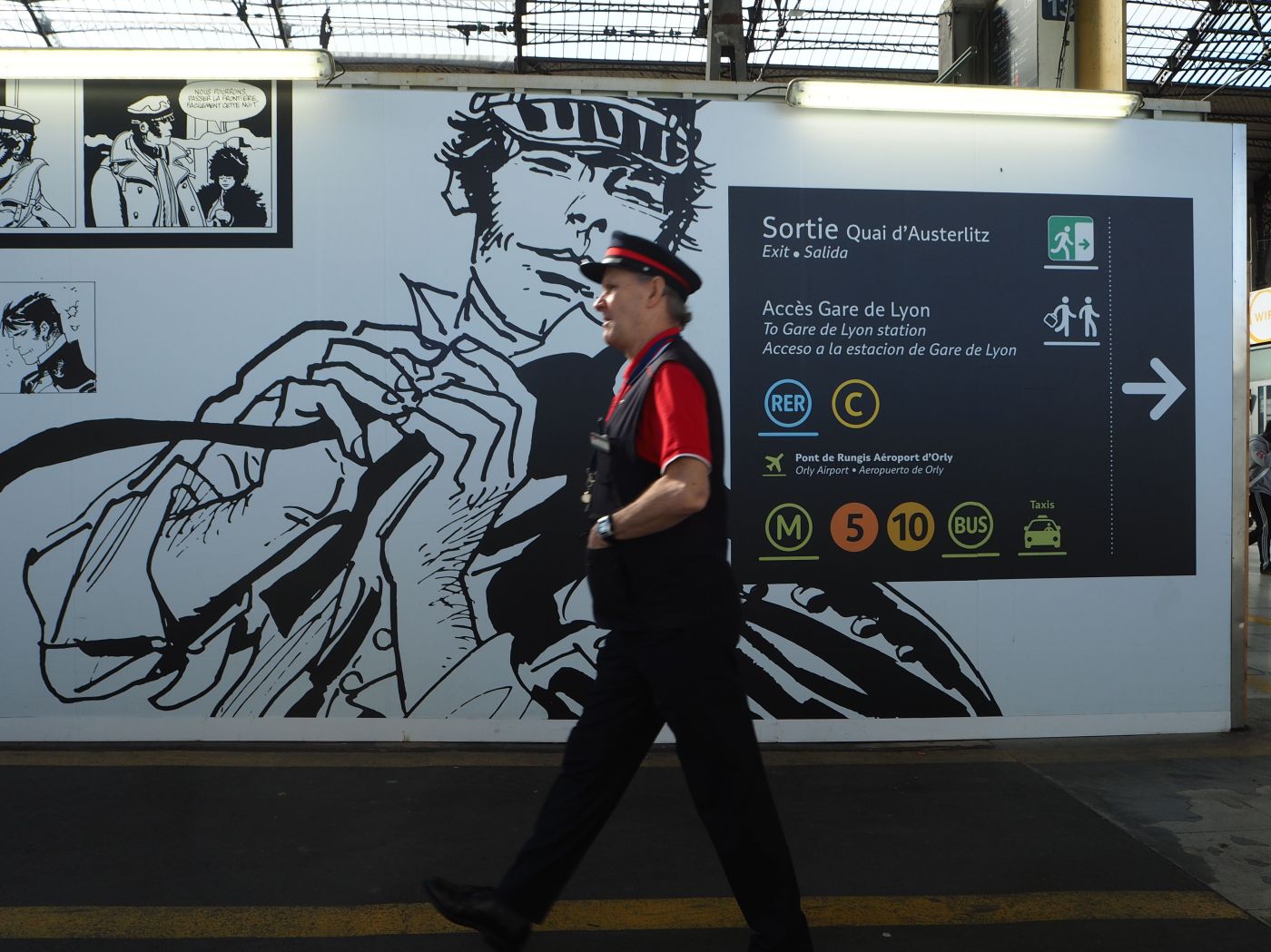 Gare d’Austerlitz is in the middle of a major programme of renovation and redevelopment so there are lots of site hoardings around.  SNCF are imaginative with their hoarding displays and have recently given over the Gare d’Austerlitz boards to Corto Maltese, the hero (or anti-hero) of a classic series of bandes-desinées.  I confess to being woefully ignorant of ‘the best of the European graphic novel genre’ so here’s an introduction from Corto’s own website.

Corto Maltese is a “cult” character of the best of the European graphic novel genre, but also a veritable 20th century literary legend. He’s a traveler, an ironic sailor who combines Mediterranean looks and character traits with Anglo-Saxon culture.

Corto is an anti-hero who prefers freedom and imagination to wealth. He’s a modern-day Ulysses who takes us along on his travels to the most fascinating places in the world.

Sometimes he even travels by train. 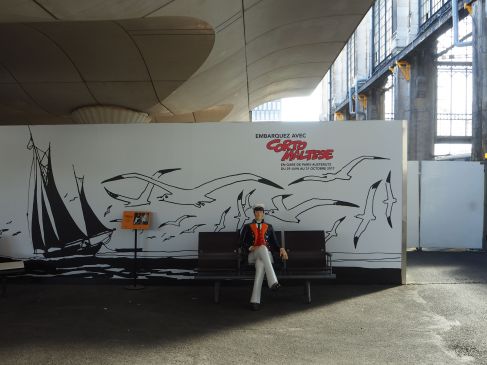 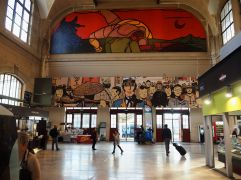 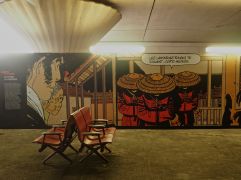 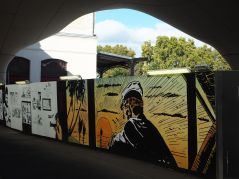 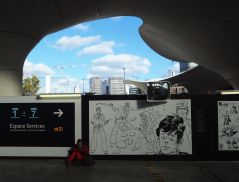 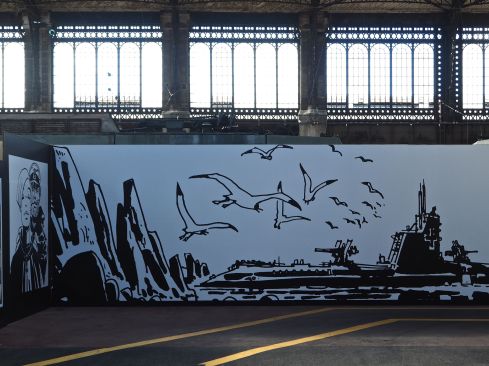 Corto, which in Spanish means “fast”, was created in 1967 by the great Venetian illustrator Hugo Pratt.  You can find his official website here.