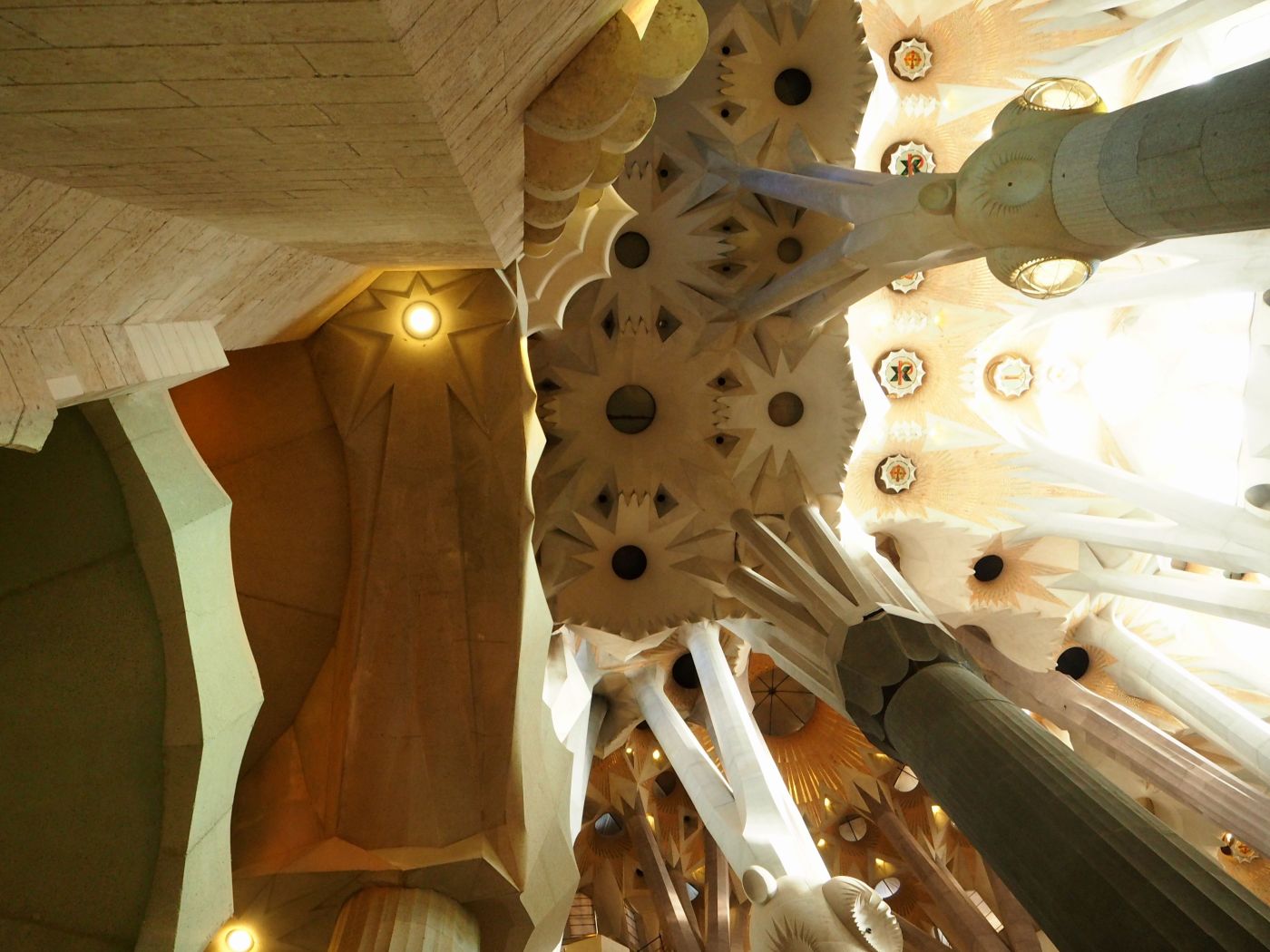 I knew what to expect of the outside of the Basilica de la Sagrada Familia.  The clustered, tapering towers and cranes of the perpetually unfinished monument are a familiar image, emblematic of Barcelona. I’d seen few images of the inside of the Basilica so stepping through the door was a revelation.

There are plenty of interesting details at all levels in the Basilica but my gaze was constantly drawn upwards.  It’s commonplace to compare the pillars of grand churches and cathedrals to trees but the simile is more apt than usual here.  These towering stone trunks have branches too and support a most extraordinary forest canopy.

(Double click on the image above for a closer view)

Barcelona’s Basilica de la Sagrada Familia is an extraordinary development of a traditional form. It’s due for completion in 2026 after 144 years. 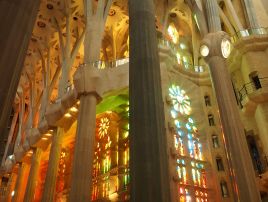 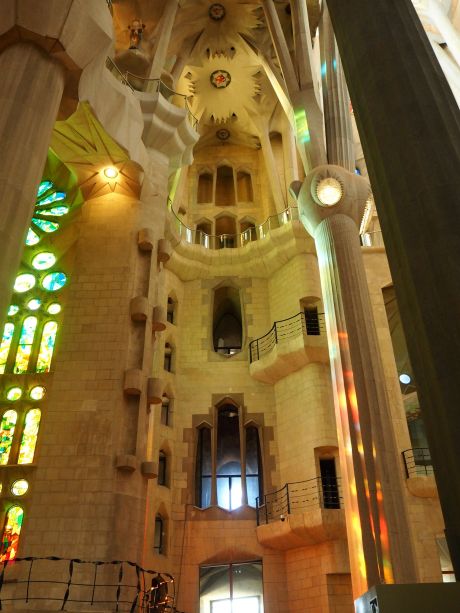 The play of sunlight and shadow in a building was very important to Gaudi and although he never saw most of the Basilica completed he had very clear ideas of how the colours of stained glass should be used in the different windows.  Clear glass in high clerestory windows allows sunlight to flood the central part of the nave while the side aisles are patterned with shifting colour as the sun moves round the sky.

“Colour in certain places has the great value of making the outlines and structural planes seem more energetic.”

“Architecture is the arrangement of light; sculpture is playing with light. “

“Sunshine is the best painter; the light changes with the time”

After 160 years in the building the Basilica may be finished ‘in the first third of the 21st century’.  The team who are currently continuing the task of completing the building Gaudi imagined now use many techniques and materials that were unknown at the time the project began.  There’s an interesting account on the Basilica’s website here.

4 thoughts on “Stone and Light”