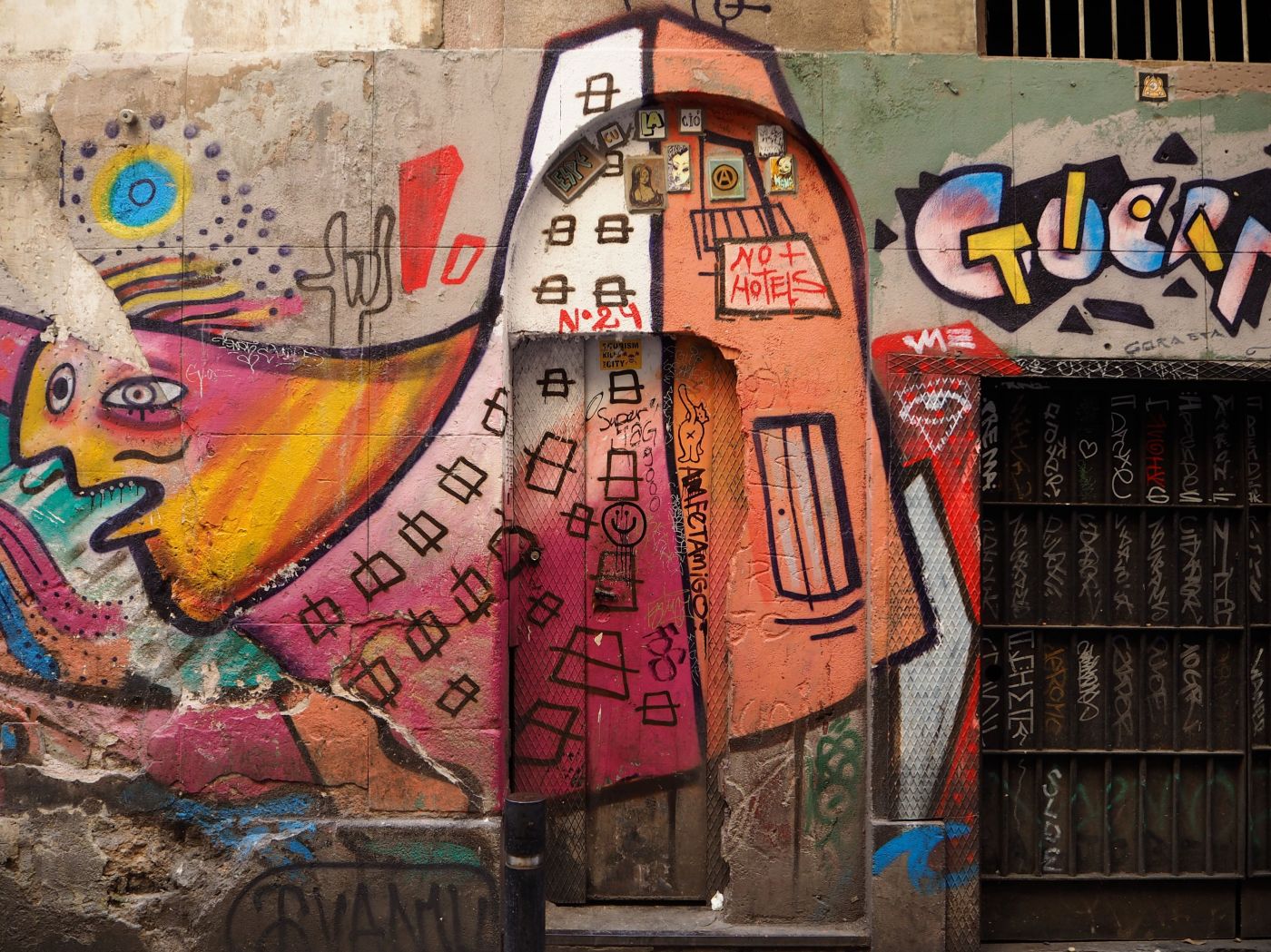 The ground floor of this building looks abandoned but on the upper floors balconies decorated with pot plants and laundry show that it’s still home to many people. 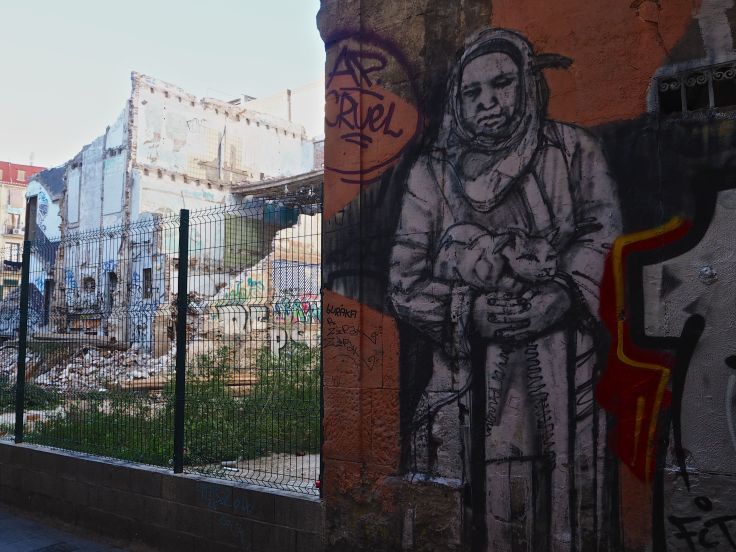 The building next door has been partly demolished though it looks as though demolition and rebuilding are indefinitely on hold. 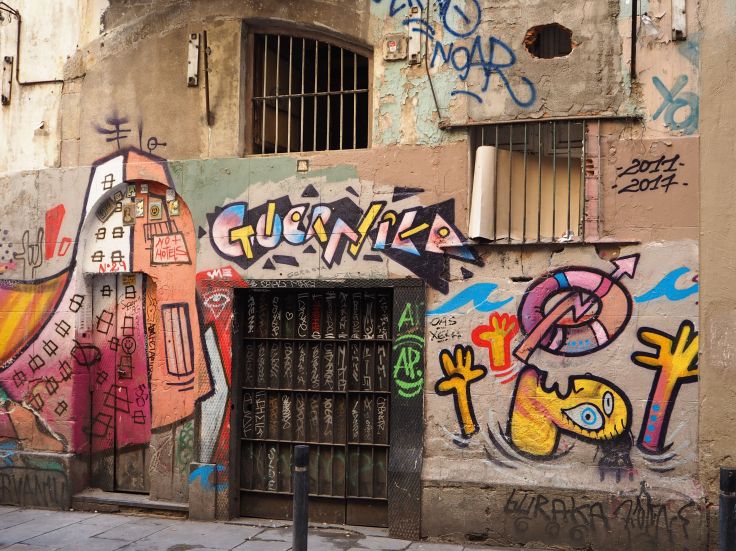 The colourful but angry street art includes the message ‘no more hotels’ coupled with images borrowed from Picasso’s Guernica.  Extreme perhaps, but clearly art with a message. 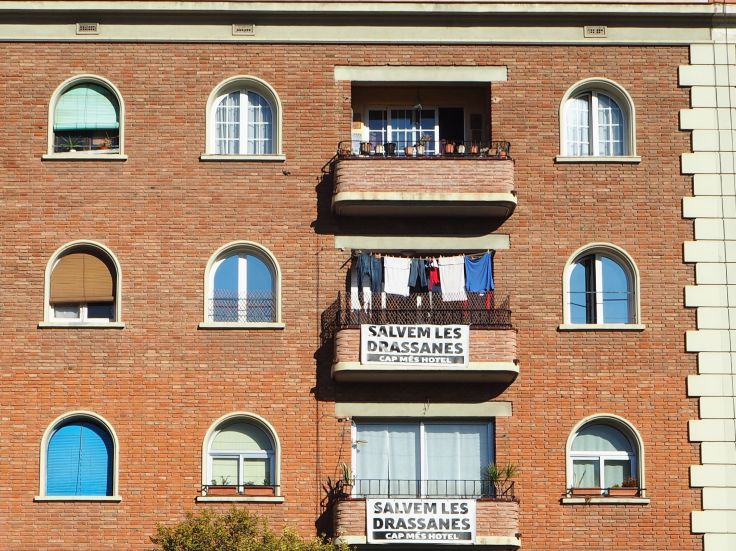 On the other side of the demolition site balcony banners send the same message.  ‘Cap més hotels‘ is the Catalan for ‘no more hotels’.  Les Drassanes is a neighbourhood close to the old naval dock yard that is now the Catalunya Maritime Museum.  It’s only a few minutes walk from the Ramblas boulevards so potentially it’s prime tourist territory.

Barcelona, like many honey-pot tourist destinations, has been the victim of its own success. Visitor number have increased year on year since the 1990s with a record 34 million tourists staying in the city or visiting on day trips in 2016.  In January this year a coalition of community groups and residents associations organised a march through central Barcelona to protest against the soaring rents that have been pushed up by the tourist boom.  An August article in the Independent here details the many reasons why local residents feel displaced and beleaguered in their own city but despite the occasional ‘tourists go home’ graffiti 86% of the population still see tourism as a positive benefit to the city. 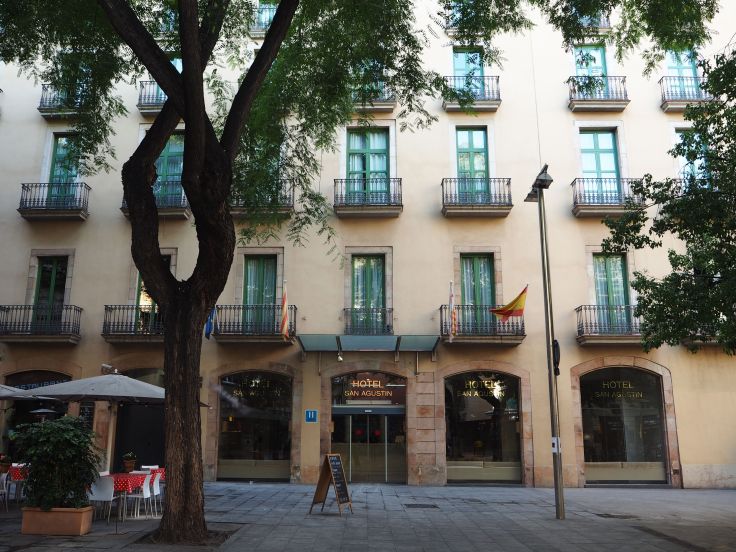 The Barcelona city council is responding to local concerns by introducing new policies to regulate tourist accommodation and to balance the demands of visitors with the needs of the local population.  Since 2015 new hotel building has been stopped in the central areas, so the Drassanes building site may yet be returned to much needed social housing.  Meanwhile, on the experience of five days in late November, tourists who make an effort to blend in and don’t make too much noise are still made very welcome!

8 thoughts on “Reading the Walls”