The character of the streets in any Paris neighbourhood owes a lot to the variety of small, independent shops and businesses; everyday trades or peculiar specialisms, long established business or new start ups.

Retoucheries are commonplace – every neighbourhood seems to have one – but they vary widely in style.

Horologeries are becoming something of a rarity as fewer people have clocks to repair.

Names of traditional trades often don’t translate exactly from French to English.  Menuiserie is carpentry or joinery, ebenistierie translates as cabinet-making but agencement is a general term that means layout or arranging.  On a traditional British woodworker’s shop (if any still exist outside of museums) you might expect to see ‘shopfitters’ but that’s a trade that doesn’t seem to translate to French. 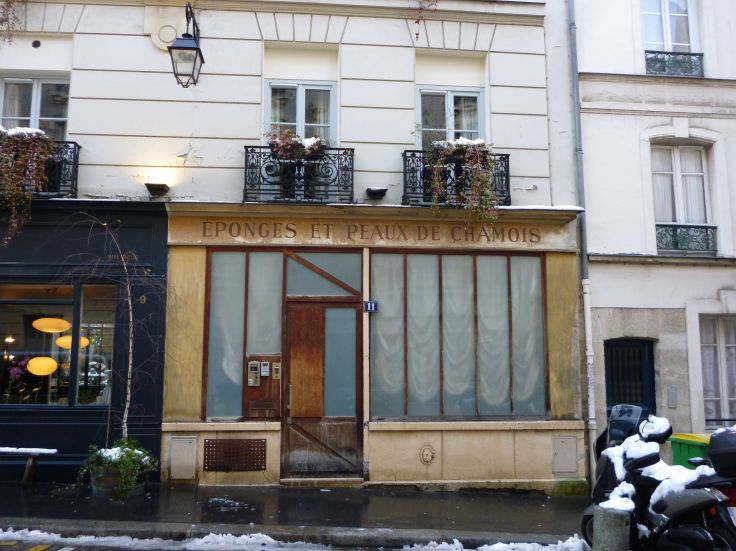 This (former?) sponges and chamois leather shop isn’t described as an épongerie or chamoiserie but I guess that’s because the trader supplied rather than processed the sponges and polishing cloths.  It’s not clear what’s behind this rather battered door now and the entry phones don’t give any clues.  It looks like an elaborately swagged curtain behind the obscure glass but could it possibly be a display of fine chamois leathers?

(Click on any photo for a closer look.  Unfortunately you won’t get much extra detail by zooming in as my good camera is still with the repairers)