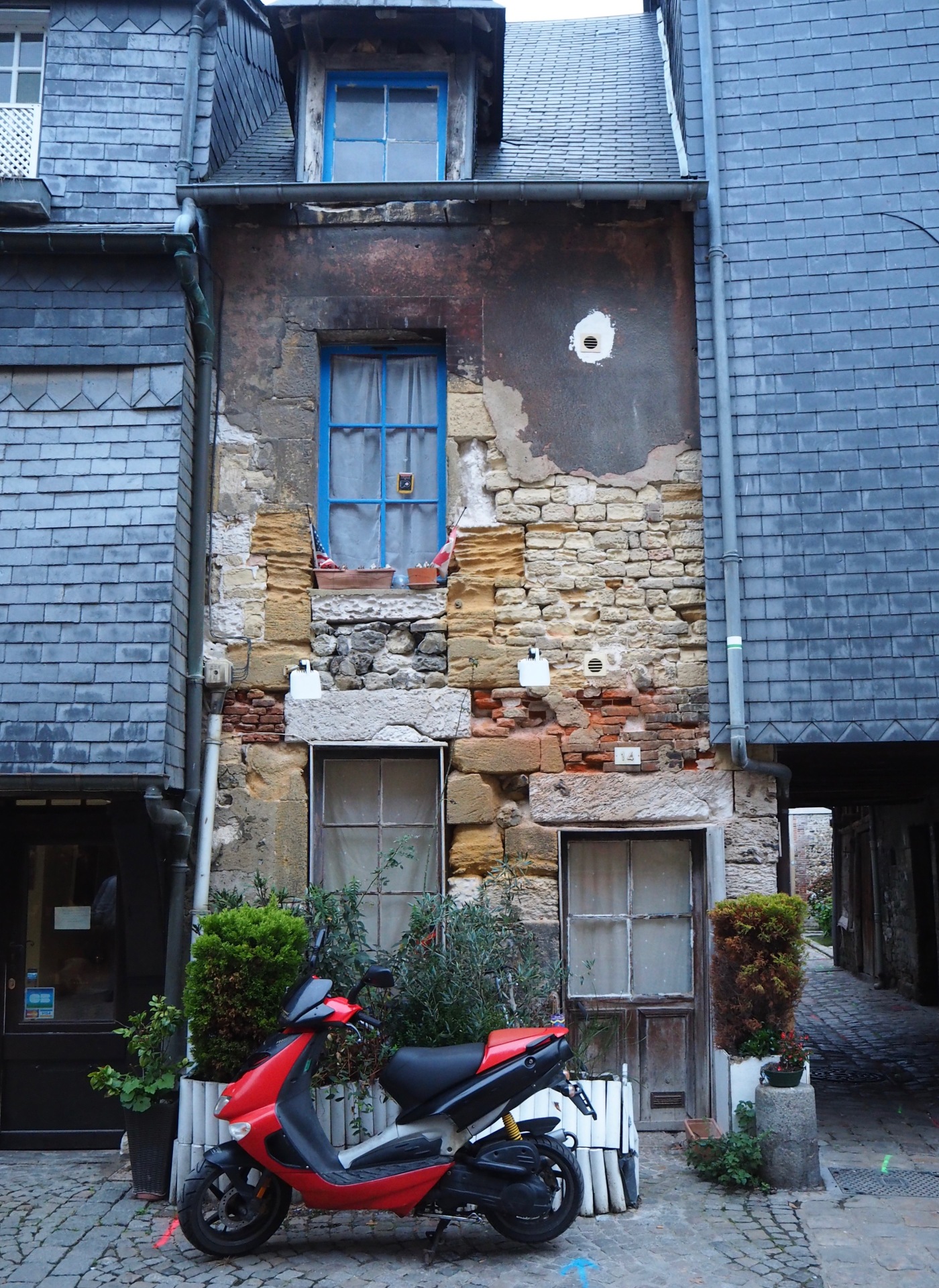 Old walls are often storytellers but each observer may read a different story.  The stone patchwork of this house in Honfleur shows a long history of alterations. The blue painted window frames suggest new owners caring for a neglected building but the limp net curtains and shiny red motorbike outside might also suggest that home improvements have been abandoned in favour of new wheels.

These walls in Ventimiglia hint at many different stories.  Elegant arches have been filled by mundane store room doors but new windows, smartly painted shutters and luxuriant plants suggest bright and comfortable homes on the first floor.

Rusted machinery and crumbled brickwork tell a story of industrial decline in the Ardennes but look again and you can see new masonry and windows on the old factory building.  Maybe there’s resurrection on the way.

The pitted walls in this quiet Barcelona square suggest a dark past. When I looked up the history of Plaça Sant Felip Neri (or Playa de Sant Felip Neri) the first web site I came across described the church walls as being pitted by bullets from firing squads in the Civil War. Following further, and more reliable, links revealed layers of story and grim history. 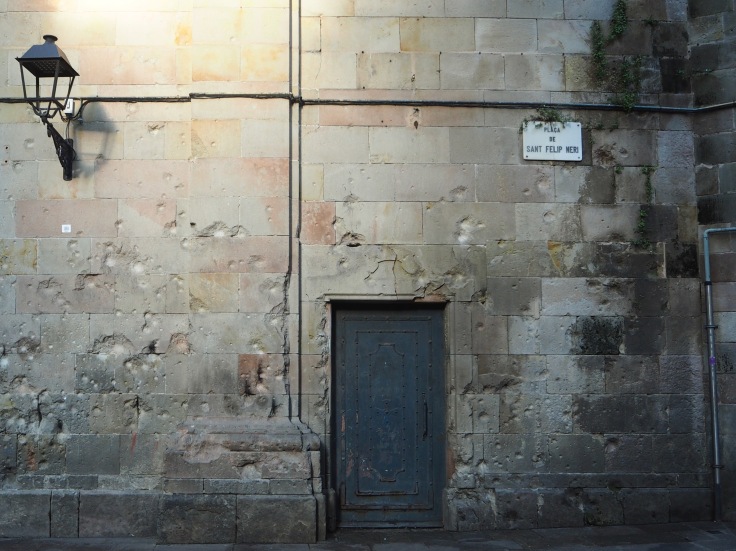 Apparently, after the end of the Civil War, fascist supporters put around the story that the damage to the church walls was caused when anarchist rebels executed priests and nuns. Retelling of the story shifted the blame to General Franco’s firing squads which was one step closer to the truth.  Look again at the pock-marked wall, scarred well above head height and it’s clear that neither of those stories is likely to be true. The facts now agreed by historians are that in January 1938 two bombs were dropped on the square by Mussolini’s air force, in support of Franco’s army. The first bomb killed thirty people sheltering in the church crypt. The second landed as rescuers tried to reach survivors, bringing the death toll to 42. Twenty of those who died were children from a nearby infant school.

These pictures were taken on a quiet morning when I’d wandered into the square by chance. My first impressions were of a beautiful, peaceful place but a sad one.  When I walked through later that day without my camera the square was echoing with the sound of children playing.  A photo taken on that second visit could have told a very different story.

11 thoughts on “Stories in Walls”