A row of brightly coloured narrow boats reflected between rafts of duckweed in clear water.

The shadow of an iron gas holder falling across the tow path anchors this scene in the city. 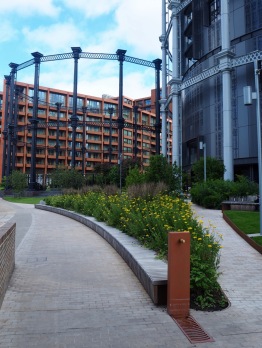 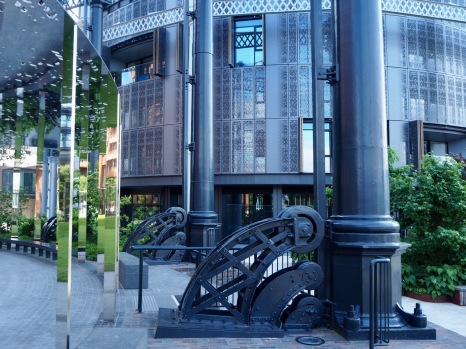 The giant telescopic frames of the four gas holders dominated the skyline behind Kings Cross station for over a century.  Tall buildings rose around them as the area was redeveloped and the redundant storage tanks were removed from the holders.  Then cranes moved in and the enormous frames were dismantled piece by piece.  This wasn’t the end of an era but rather the start of a new chapter for the gas holder frames which were taken to a specialist workshop in Yorkshire for restoration and refurbishment.  (There’s an account of the restoration here) 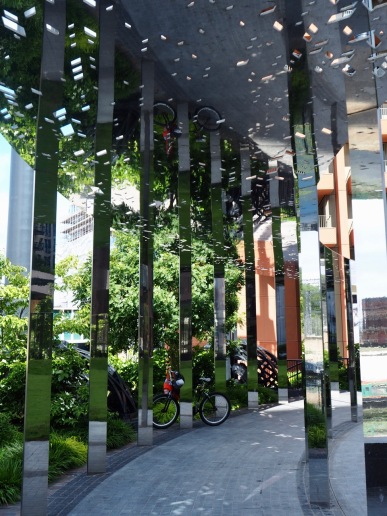 The four gas holders are back in place now.  One empty frame encloses an appealingly surreal public park where the iron latticework towers over a low drum of reflective pillars. 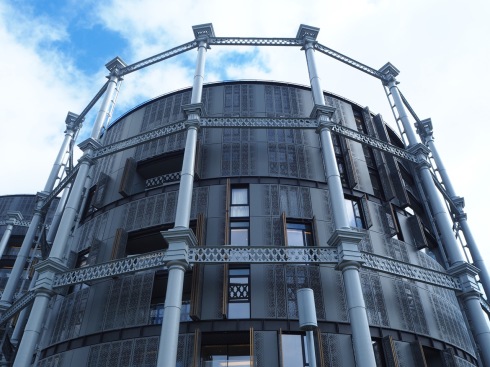 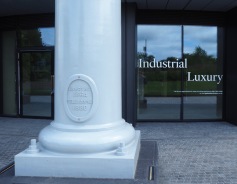 The other three frames are no longer empty but in place of industrial storage Gasholders London now promises Industrial Luxury. 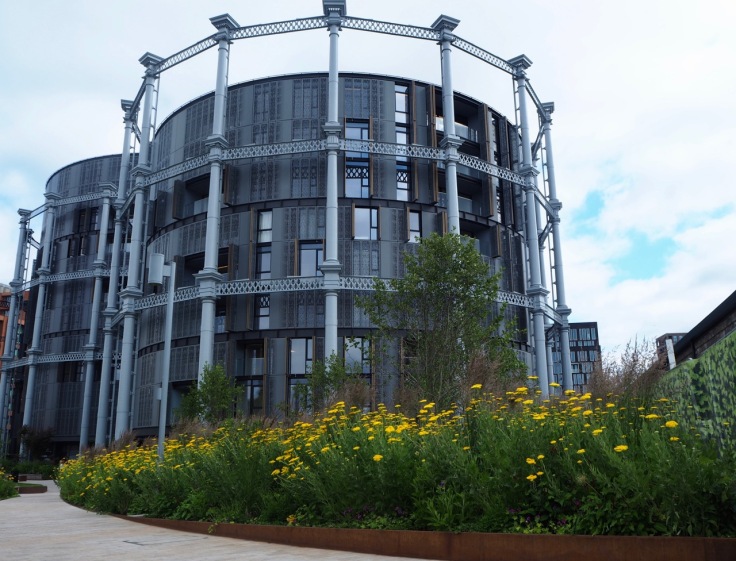 The restoration and reimagining of the Grade II listed gasholders has been an expensive project finished to a very high standard.  With flats starting at £800,000 this is, inevitably, exclusive housing but Gasholder Park and the canalside gardens are open to all.