Sunlight and shadow extend the lines of the narrow lane. 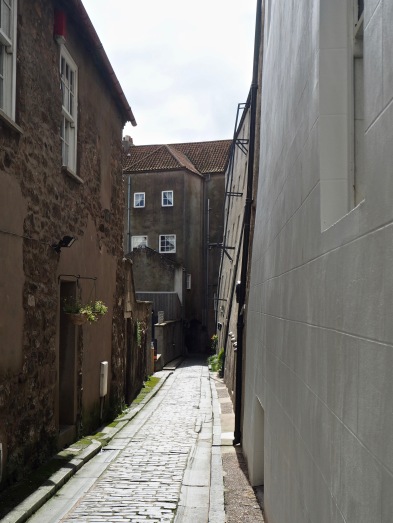 Looking towards the river Tweed down Dewars Lane

Deep shadows swallow the far end of the lane and in a photo it looks like a dead end.  When L.S. Lowry drew the scene in 1936 he distorted the view to show all the interesting features at the same time.  He knew there was a way through at the end. 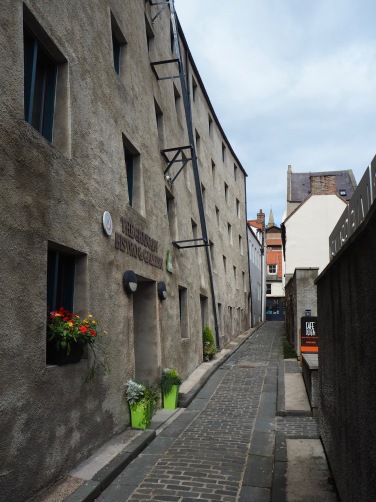 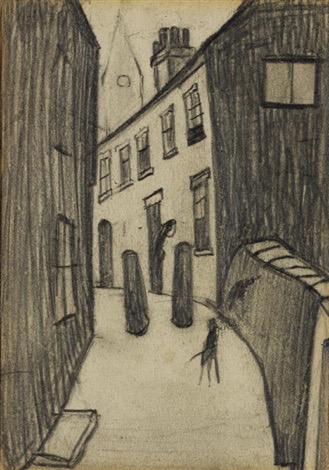 and Lowry’s view the same way

Lowry didn’t invent the strange angle of the old granary wall.  Built in 1769 conveniently close to the town quay, the six storey granary was badly damaged by fire in 1815.  Somehow the repair work left the whole building with a dramatic westward lean.  A major restoration completed in 2010 replaced all the internal timber with a new steel structure but left the lean. The Granary is now a 55 bed YHA hostel with a bistro, exhibition space and meeting rooms.

Dewar’s Lane curves round out of sight under an archway 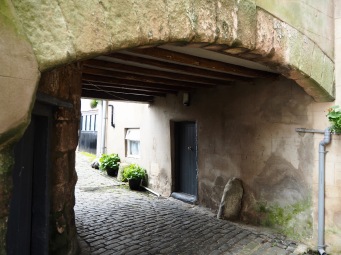 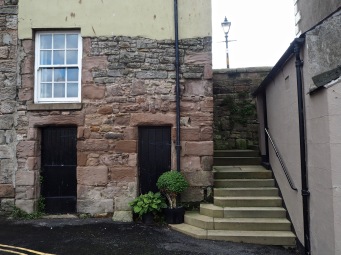 Dewars Lane narrows as it nears the quay walls and dives under an ancient archway to join Drivers Lane.  Here stairs lead up onto the quayside walkway, an exploration for another day.

3 thoughts on “Down Dewars Lane”