Two of a Pair 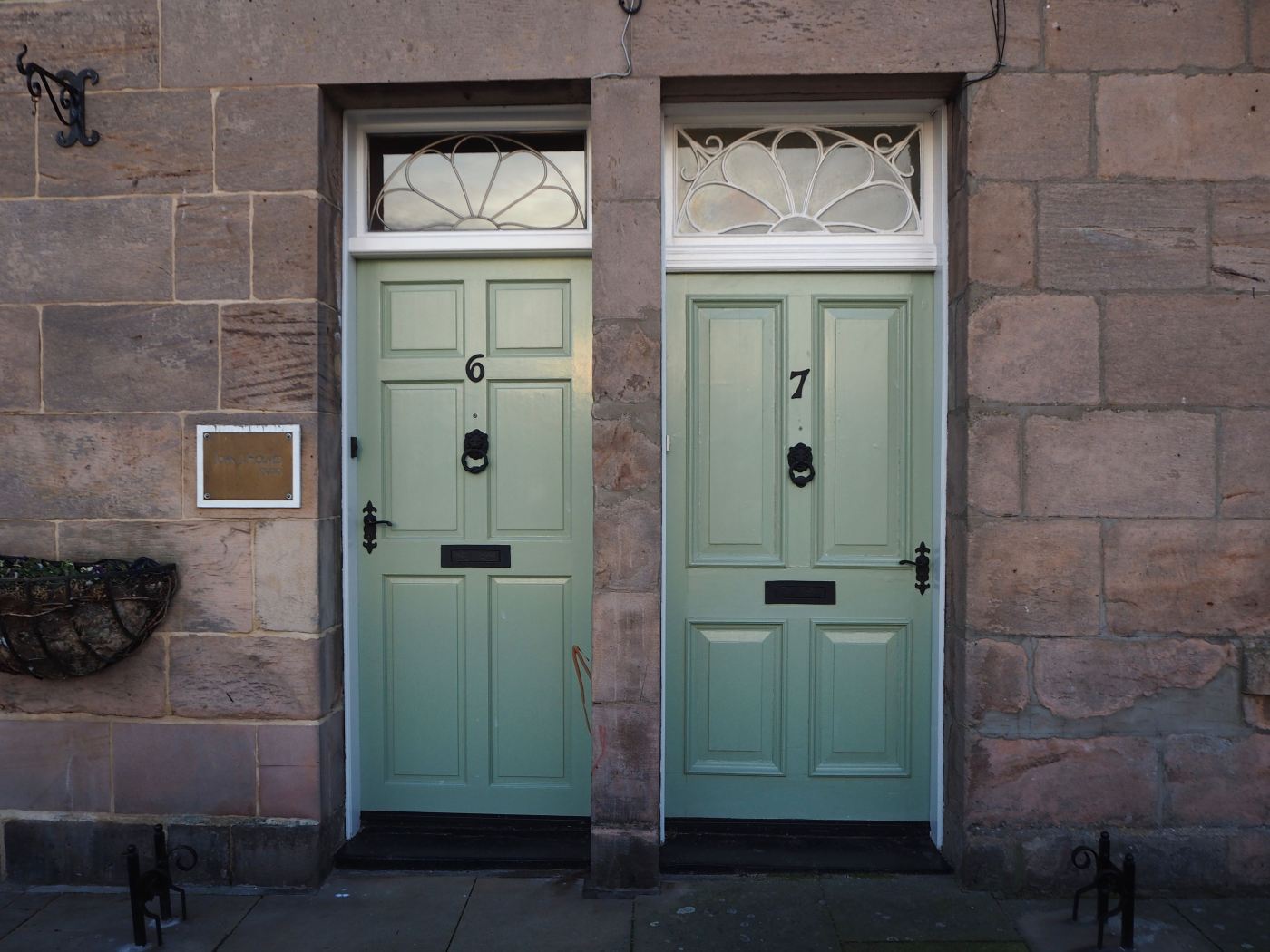 At first glance these look like a matching pair – two green, paneled doors with black iron fittings under elegant fanlights – but look again and you start to spot the differences.  The petal-shaped segments of the fanlight on the right have the uneven sheen of old glass.  The perfect surface of the glass next door gives the game away.  Someone has tried hard to match a new door and window to the eighteenth century originals but the details aren’t quite right. 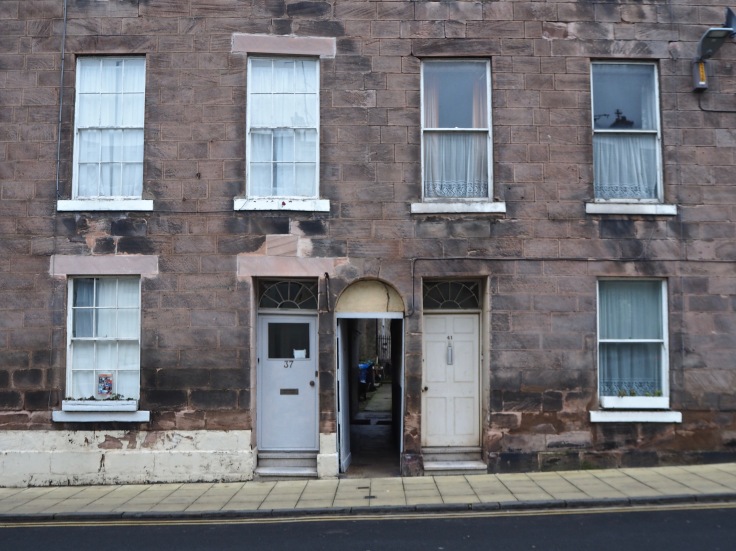 These next door houses probably started out as a pair too but now only the fanlights match. 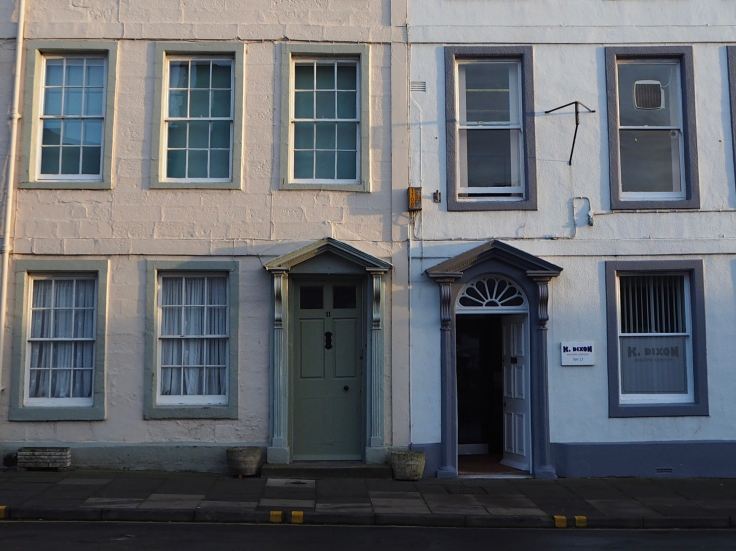 A glazed fanlight over a solid wooden door is a common feature of Berwick’s eighteenth century houses.  Although the window over the door is usually rectangular rather than arched the fan-shaped tracery that gives a fanlight its name is the most common pattern of glazing. 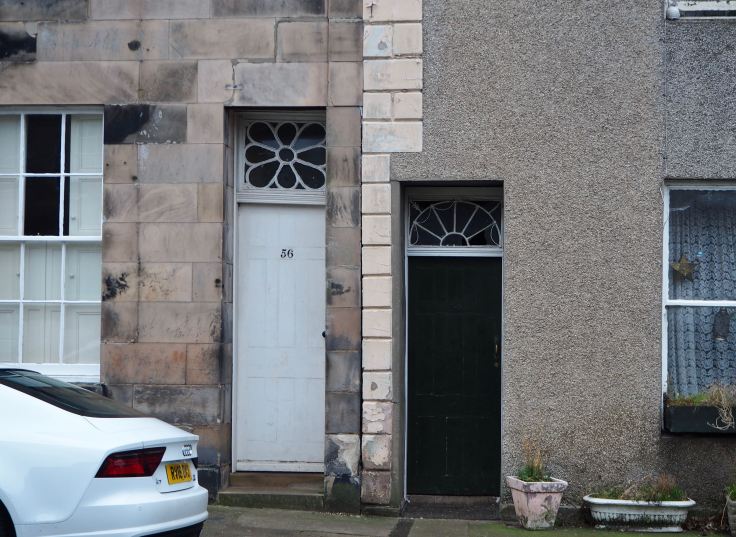 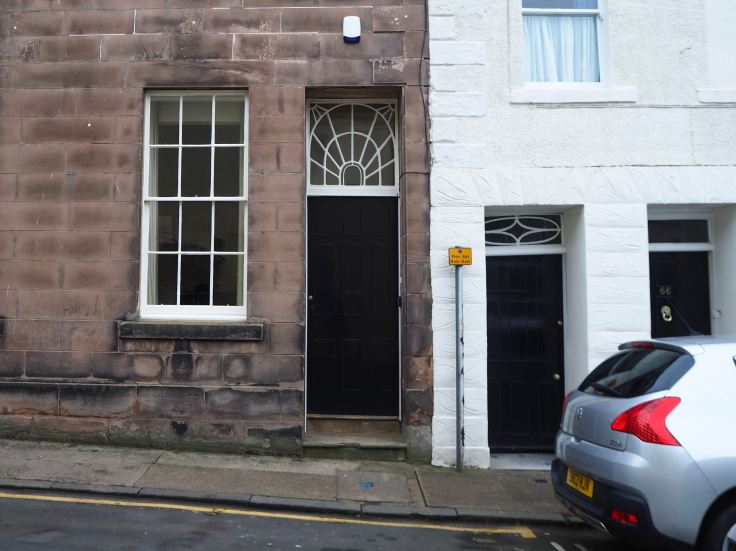 including designs for extra tall or extra short windows.