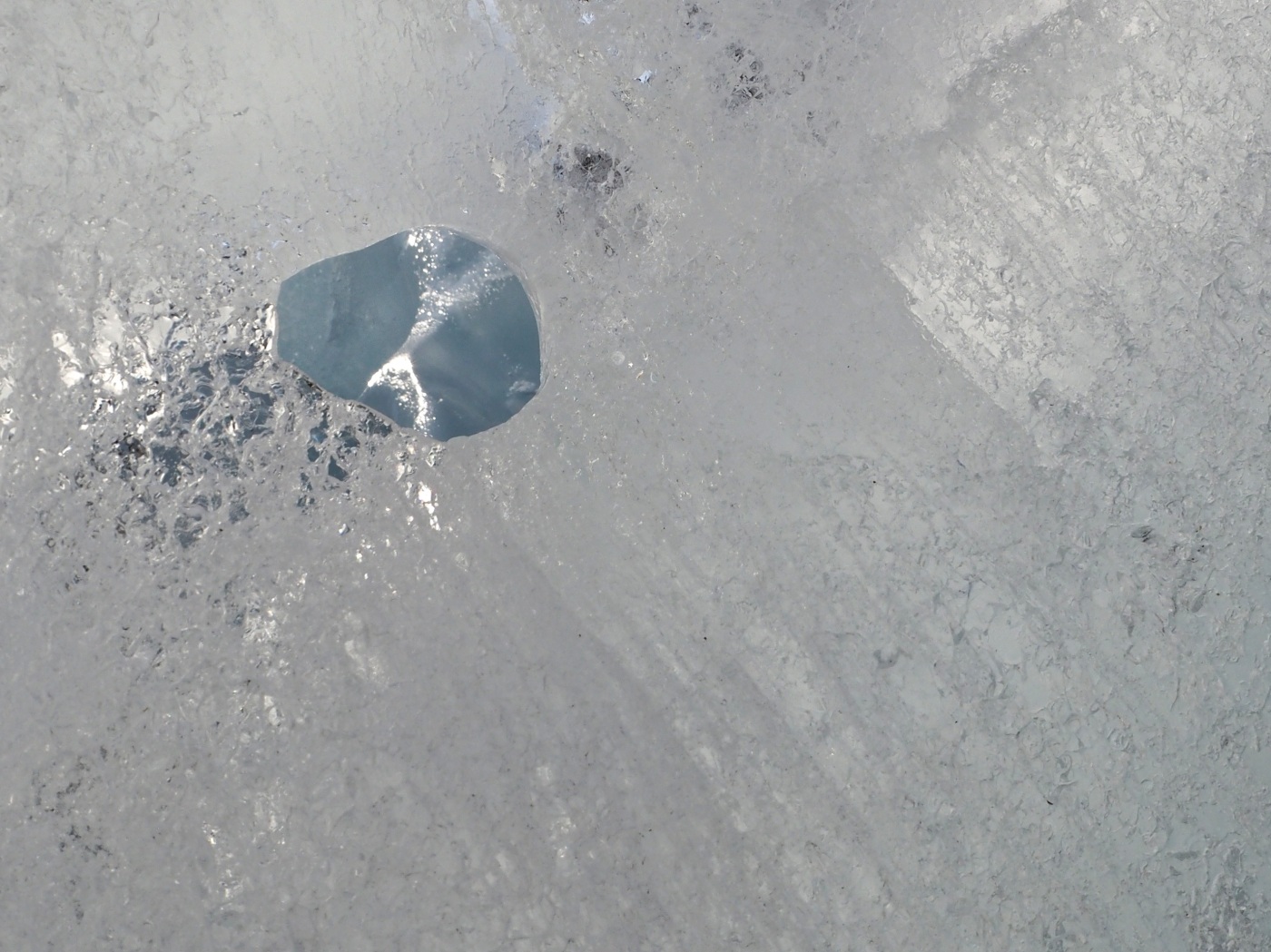 Twelve, small icebergs, each distinct and different, harvested from the Nuup Kangerlua fjord outside Nuuk, Greenland, beached by the Pantheon, in the heart of Paris in December 2015, slowly melting.  This was Ice Watch Paris, an art work with a clear environmental message. 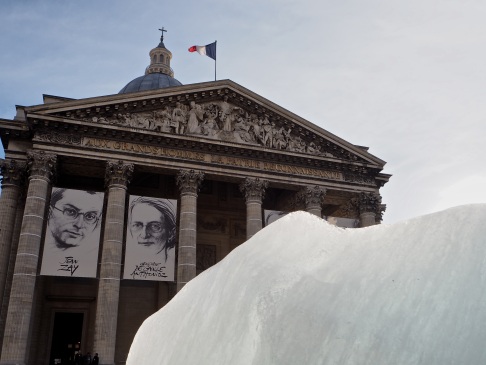 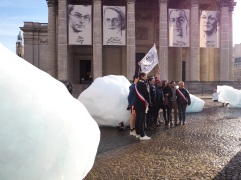 Icebergs at the Pantheon and the arrival of the Pole to Paris team during the COP21 conference, December 2015

Encounter with an iceberg outside the Pantheon, December 2015

‘As an artist I hope my works touch people, which in turn can make something that may have previously seemed quite abstract into reality. Art has the ability to change our perceptions and perspectives on the world and Ice Watch makes the climate challenges we are facing tangible. I hope it will inspire shared commitment to taking climate action’. 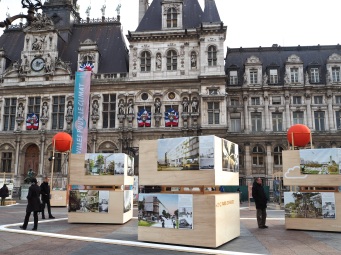 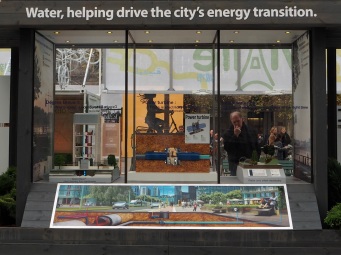 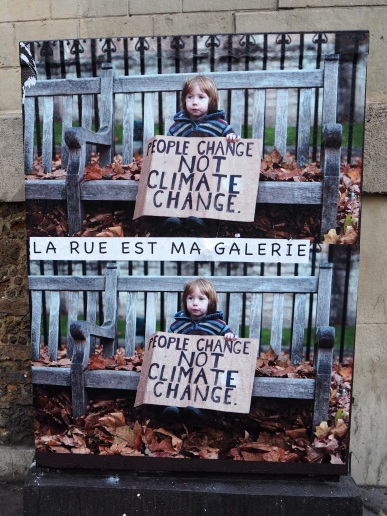 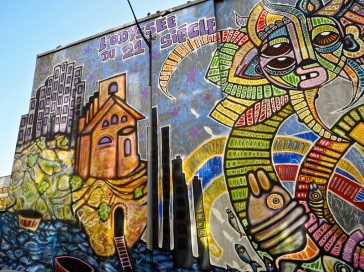 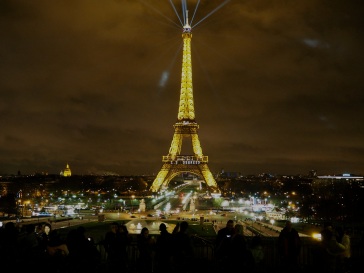 1.5 degrees – the Eiffel Tower marks the successful conclusion of the COP21 conference, December 2015

In December 2015 as Paris hosted the COP21 conference, the City Council brought the struggle to limit global warming to the streets.  Exhibitions outside the Hotel de Ville ranged from visionary plans for a sustainable future city to practical details of district heating schemes and local energy generation. Street artists were invited to help raise awareness of the likely future impact of climate change.  The Eiffel Tower displayed a series of messages – Decarbonize – Climate Action – and at last a triumphant 1.5 Degrees.  The nations of the world had come together to face a global crisis and had agreed a programme of action that might make limiting global warming to a safe level possible.

Four years on, the 25th Conference of the Parties (COP25) is meeting in Madrid against a background of alarming news about a continually warming world.  A UN Environment Programme study has shown that the there’s a huge gap between the plans governments currently have on the table to cut emissions and what’s needed to keep global heating to 1.5 degrees.  In Britain the environmental crisis has emerged as a key issue in the general election campaign with party leaders competing to set ambitious targets for decarbonization and mass tree planting.  But are those targets realistic?  Do we have the will and the ways to make the changes that are so urgently needed? 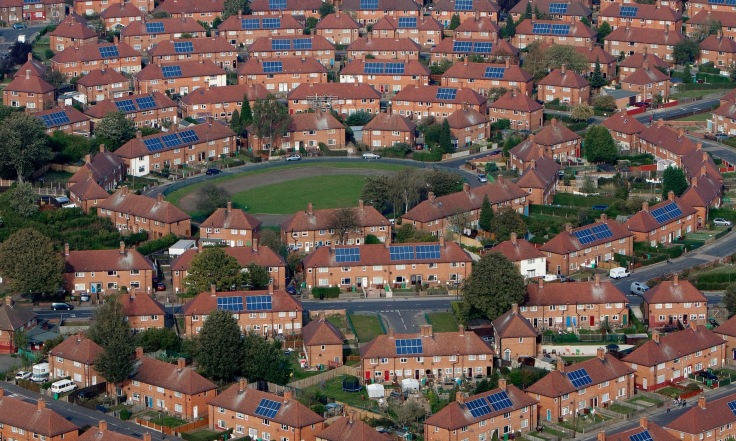 Nottingham City Council, overall winner in this year’s Guardian Public Service Awards, has shown what’s possible.  In January the council announced that it intended to become the UK’s first carbon-neutral city by 2028, the latest step in years of ambitious and innovative environmental policymaking. It met its 2020 target to reduce carbon dioxide emissions by 26% four years early; more than 40% of all journeys in Nottingham are now made on public transport and solar panels have been installed on more than 4,000 council houses.  Energy consumption of council buildings has been cut by 39% and it is on track to generate 20% of its energy from low-carbon sources by next year.  There’s hope yet.

One thought on “Melting Ice”