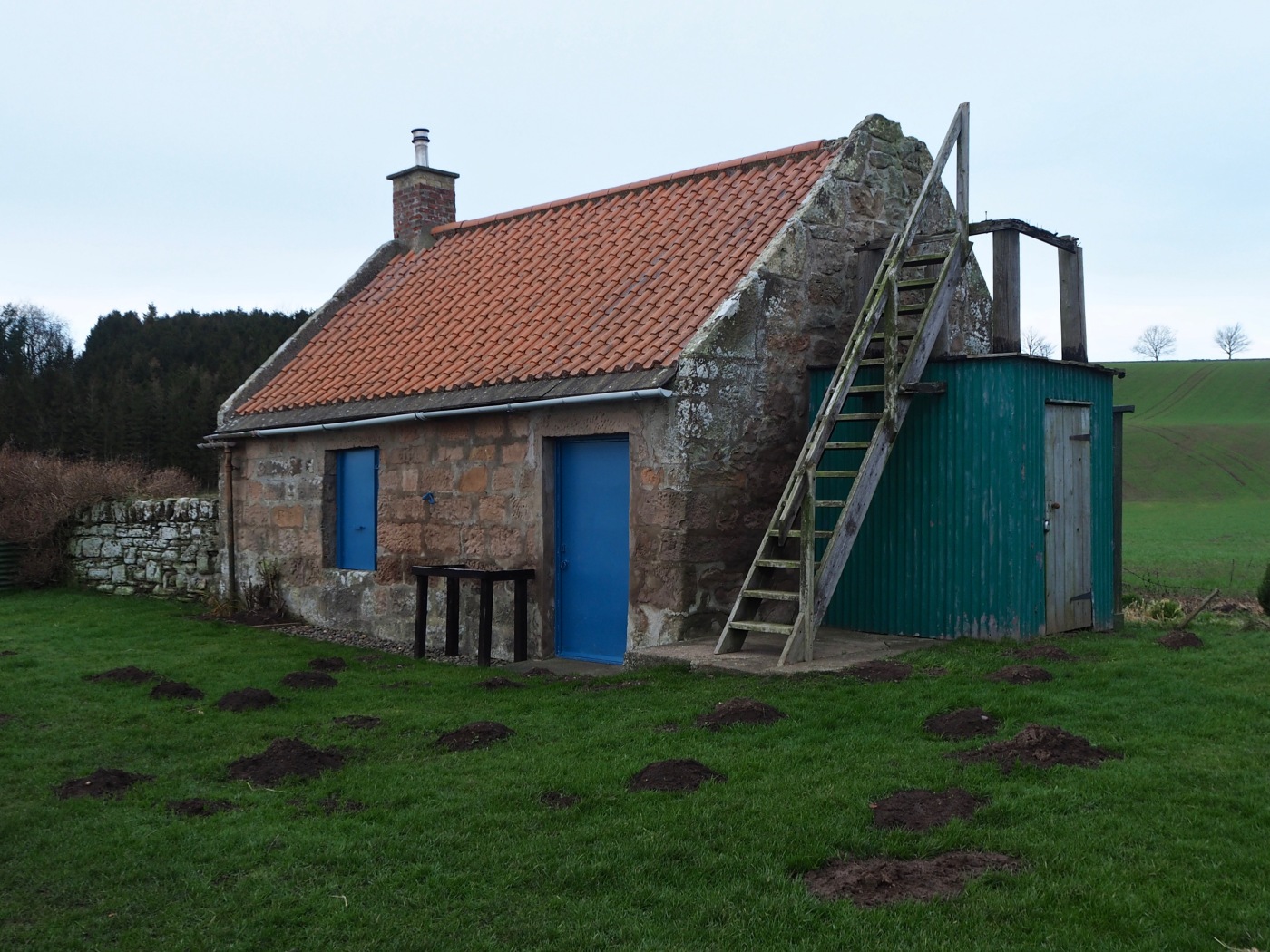 Walking upstream from Berwick along the wide valley of the River Tweed, the open riverside views are punctuated by small, simple buildings, like a child’s drawing of a house.

Some have outdoor stairs leading to a wooden platform.

Most have an underground store shed nearby.

Some even have a built in boat house. 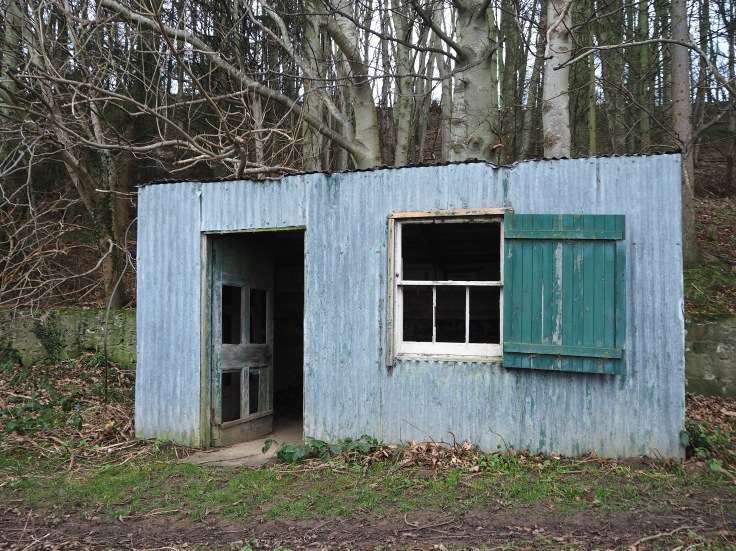 Some have seen better days…

while others have been smartly renovated. 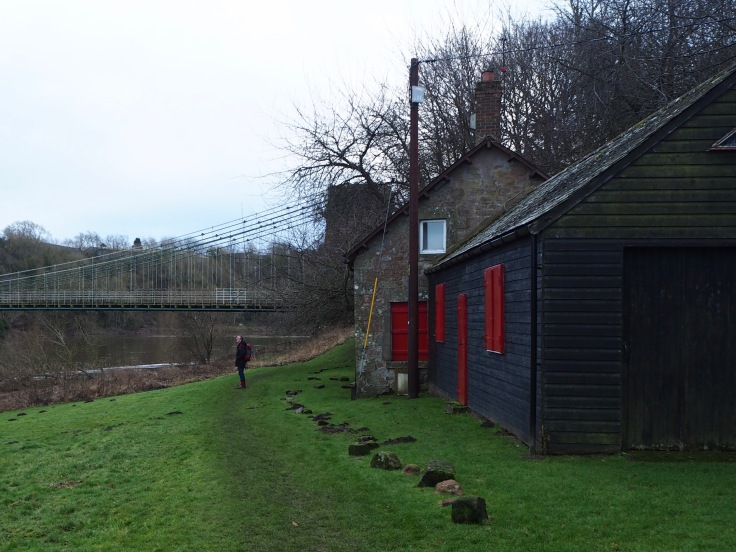 These buildings are all fishing shiels, built as seasonal accommodation for the crews of salmon fishermen who worked the river up until the 1980s.  The wooden platforms, known as fording boxes, are lookouts for watching for fish. 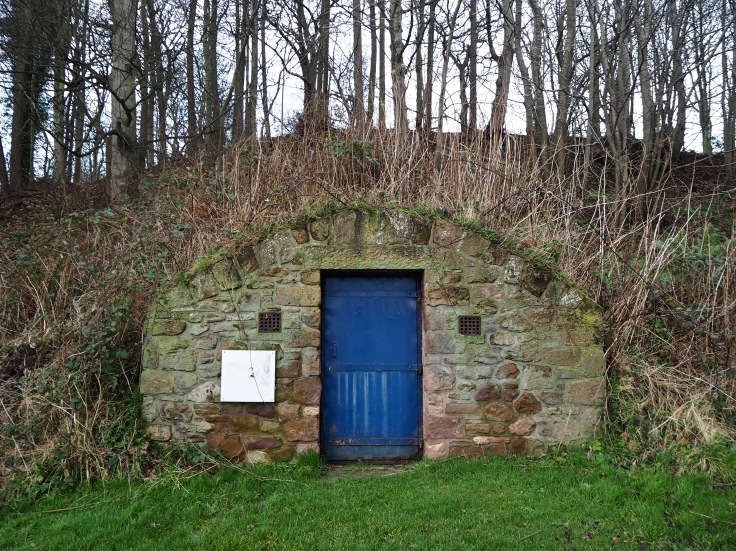 The Tweed is one of the great salmon rivers of Britain.  Salmon was once so abundant that it was regarded as food for the poor but this has always been a seasonal bounty, depending on migrating fish returning from feeding at sea to make their way upstream to the spawning grounds where they hatched.  Since the early Middle Ages rules have been made to define who is entitled to fish where, when and how.

By the sixteenth century, when the Berwick Guild of Freemen owned all the fishing rights between Spittal (at the mouth of the Tweed) and Horncliffe (some six miles upstream), the lower reaches of the river had been parceled up into named fisheries.  In the eighteenth century the development of ice packing for fresh fish led to a huge expansion of trade to London and other cities and the introduction of new laws to conserve fish stocks.  Static fish traps were outlawed and the only permitted method of fishing was ‘with net and coble’.

Up to the 1980s there were ‘more than three dozen’ salmon netting fisheries in the tidal section of the river, providing seasonal employment for hundreds of fishermen.  Each fishery had its shiel, providing storage space for nets as well as basic accommodation for the fishermen. Today, following a buy-out of fisheries by the Atlantic Salmon Conservation Trust, only the Gardo fishery, just below Berwick Bridge, is left working.

As fresh paint on the doors and shutters shows, many fishing shiels are still in use although now they are let out to  anglers or game-fishermen and called fishing huts.  While the days of the commercial salmon fisheries may be over, salmon fishing as a leisure activity is big business. But that’s another story…

Salmon netting has played a significant part of the history of Berwick upon Tweed, with its fair share of controversies over the centuries.  There’s fascinating account of the intangible heritage of net fishing in a report you’ll find here, enlivened by anecdotes from a community consultation and story telling in 2015.

This post was written with Thursday Doors in mind even though it’s now Sunday.

15 thoughts on “Along the Tweed”