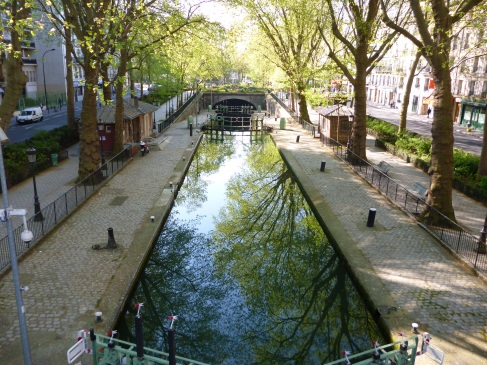 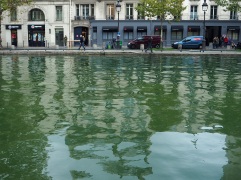 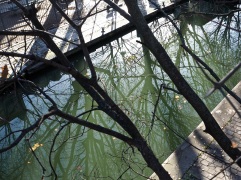 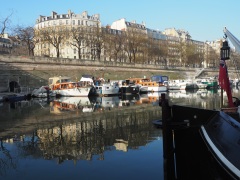 In north and eastern Paris, canals offer a network of green ways, with tree-lined tow paths and a string of small gardens along the route.  There’s often a road alongside the canal, so the path may not be quiet, but there’s something relaxing about walking or sitting alongside water.  Canal St Martin is peaceful in the mornings, lively on warm, summer evenings when you can sometimes feel as if you’ve walked into a mile long picnic party.  South of Rue Faubourg du Temple the canal runs into a tunnel but you can follow its route through the string of small parks along the boulevard, until it emerges into the light at Port de l’Arsenal. 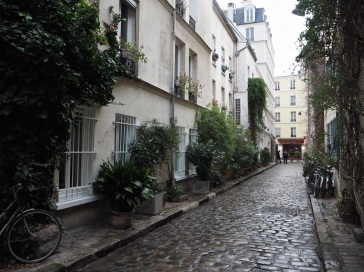 Some back streets and passageways were planned as green havens, others have developed that way naturally.  All those described as green ways in this blog have public access, though on some private streets this may be within limited hours.  These are short green ways and don’t merit a long diversion, but if you’re in the area they offer a few minutes stroll in another time and place.

Trackside vegetation on the Petite Ceinture

The raised section of the Promenade Plantée

Under the arches on the Promenade Plantée 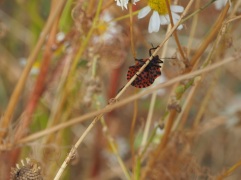 Harlequin shield bug (Graphosoma lineatum) in high summer. The bug is striped on top but spotted underneath. 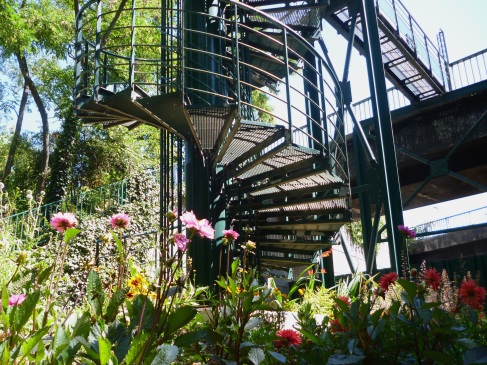 The disused Petite Ceinture railway is a narrow green belt around the city.  Much of the track is currently only accessible to wildlife (and determined urban adventurers), but short stretches are gradually being opened up to the public.  Wild flowers and birds aren’t restricted by the chain link fences and benefit from the long, green corridor, so these are great places for urban botany and bird song.  The route of the Bastille to Vincennes railway now forms a varied, linear park nearly 5km long.  It’s a green way from the heart of the city to the Bois de Vincennes, popular with runners but also good for a gentle stroll.  The elevated Promenade Plantée is the most famous section, but there’s plenty of other interest and variety along the route. 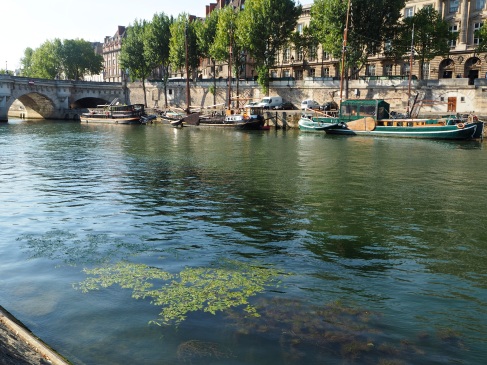 Spring shadows by the Seine – April 2017 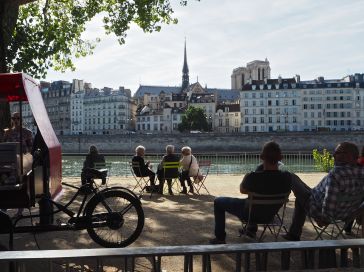 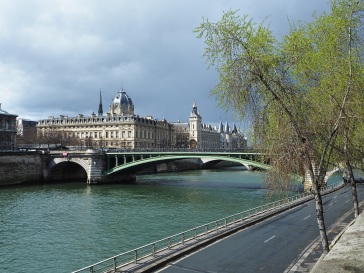 And finally the biggest Paris green way of them all, the River Seine.  Much of the left bank has already been reclaimed from traffic, and made more wildlife friendly, with the creation of the Berges de la Seine Rive Gauche.  The right bank follows suit each summer with a month of Paris Plage and there are ambitious long term plans for a green, riverside corridor from Bastille to the Eiffel Tower.  The green network is growing.

One thought on “Green Ways”