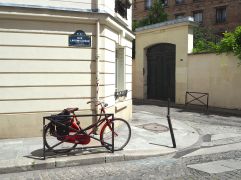 Beyond the Window Box isn’t a campaigning blog but the environmental stories behind the posts sometimes edge into the foreground.   A worn and well-loved bike adds character to a photo; it also gives an unspoken message about the place where the picture was taken.  Bike-friendly cities tend to be pedestrian friendly too.  A Bike by the Door is a quiet plea for bike-able streets and livable cities. 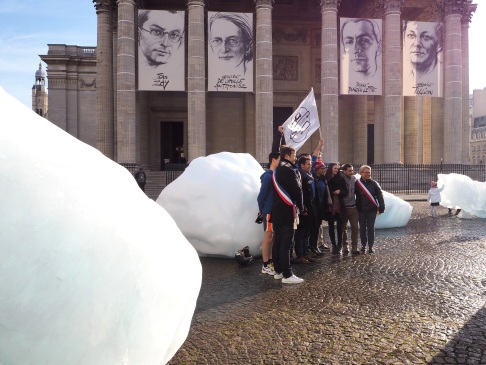 Icebergs at the Pantheon and the arrival of the Pole to Paris team during the COP21 conference, December 2015 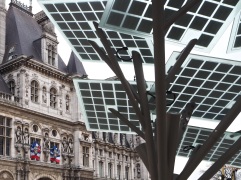 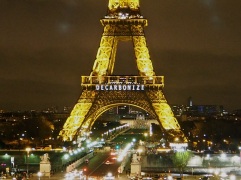 Paris of the Future exhibition during the COP21 conference, December 2015

The COP21 conference in December 2015 brought world climate change experts to Paris and environmental issues to the city streets.  The conclusion of the conference brought a heady sense of possibility as the nations of the world agreed to work together to halt global warming. Three years on the challenges are even greater and the rate of progress is worryingly slow. 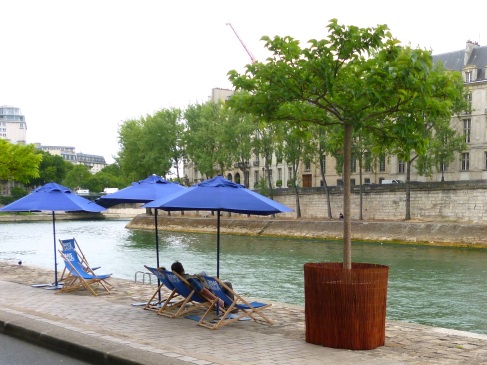 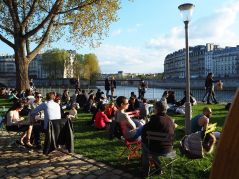 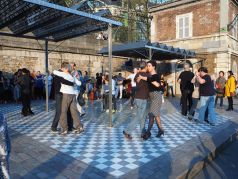 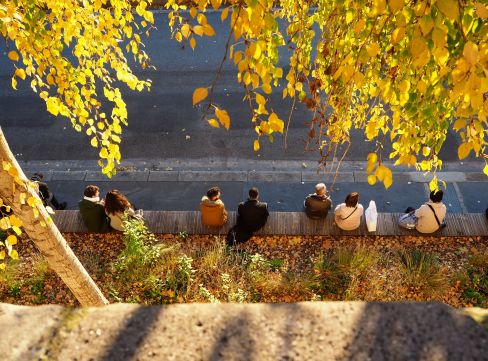 Meanwhile city authorities worldwide are taking practical steps towards sustainability.  The COP21 conference acted as a boost to the Paris city council’s environmental programme.   Some projects, such as action to reduce the energy consumption of the city’s housing stock, are largely invisible.  More visible are the initiatives promoting walking and cycling in the city which are transforming streets, squares and riverside quays.  One highly visible success is the reclamation of the old riverside expressway, now Parc Rives de Seine.

Car free days like Journée Sans Voiture also help to show that cutting car use isn’t just about doing without.  Quiet streets give a sense of relaxation and festivity and the wide expanses of tarmac usually occupied by cars offer space for many other activities. 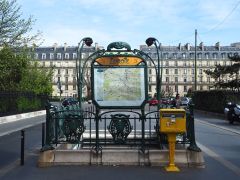 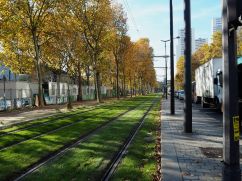 Of course cutting car use isn’t a practical option unless there’s good public transport to fill the gap. Photogenic metro stations have featured in Beyond the Window Box many times together with a couple of posts on trams but somehow I’ve never got round to taking photos of buses.

and the dazzling new concourse opened in 2013 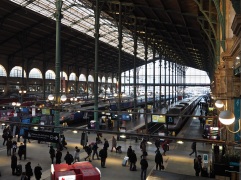 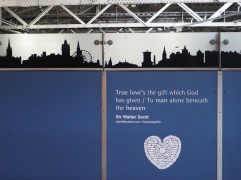 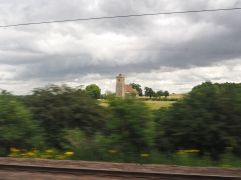 And finally a series of posts on railway stations and the delights of window gazing on long train journeys.  If you’re tired of airport delays, mind-numbing motorway driving or soul-less service stations, why not do your bit for the planet and take the train instead?

Click on the highlighted links for posts on that theme and on any photo to view the gallery.