Beyond the Window Box started in 2014 with a small, shady balcony garden.  Beginnings recounts the early stages of my journey into city gardening.

After a year of ups and downs the balcony was a welcoming green space with something in flower for most of the time.   If you’re trying to garden in a similar space you might find some inspiration in Plants for a Shady Balcony and Three Seasons Small.

While I was getting to grips with small scale gardening in Paris my Wild Garden in York was left largely to its own devices.  Wildlife friendly certainly, frustrating for a keen gardener at times. 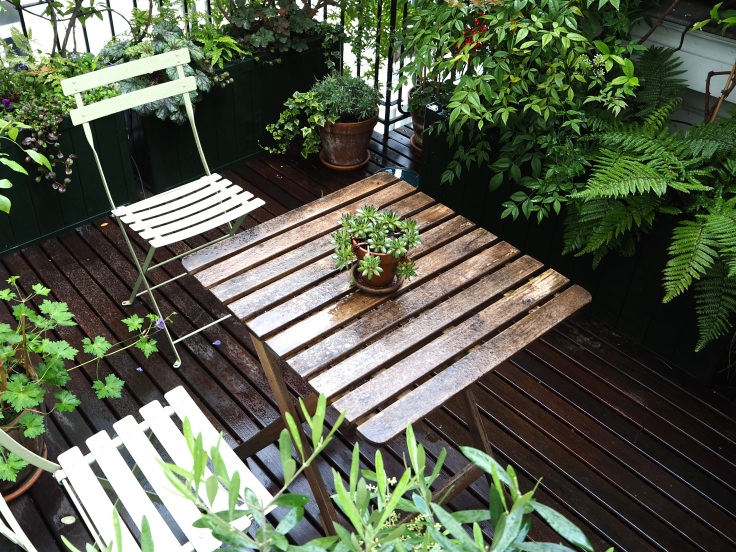 In June 2016 we left behind our shady Marais balcony and moved to a ground floor flat in the 5th arrondissement with a tiny patch of real garden.   We’ve enjoyed the luxury of this precious patch of Paris green space, eating outside for half the year, but it hasn’t featured much in Beyond the Window Box.

Since January 2017 my Garden Diary has recorded a rather more challenging garden project.  We’ve moved our long term home from York to Berwick upon Tweed and there, on half an acre of steeply sloping rough grassland, I’ve started to make a brand new garden.  The View from Middle Street tells the story so far but there’s much more to come.