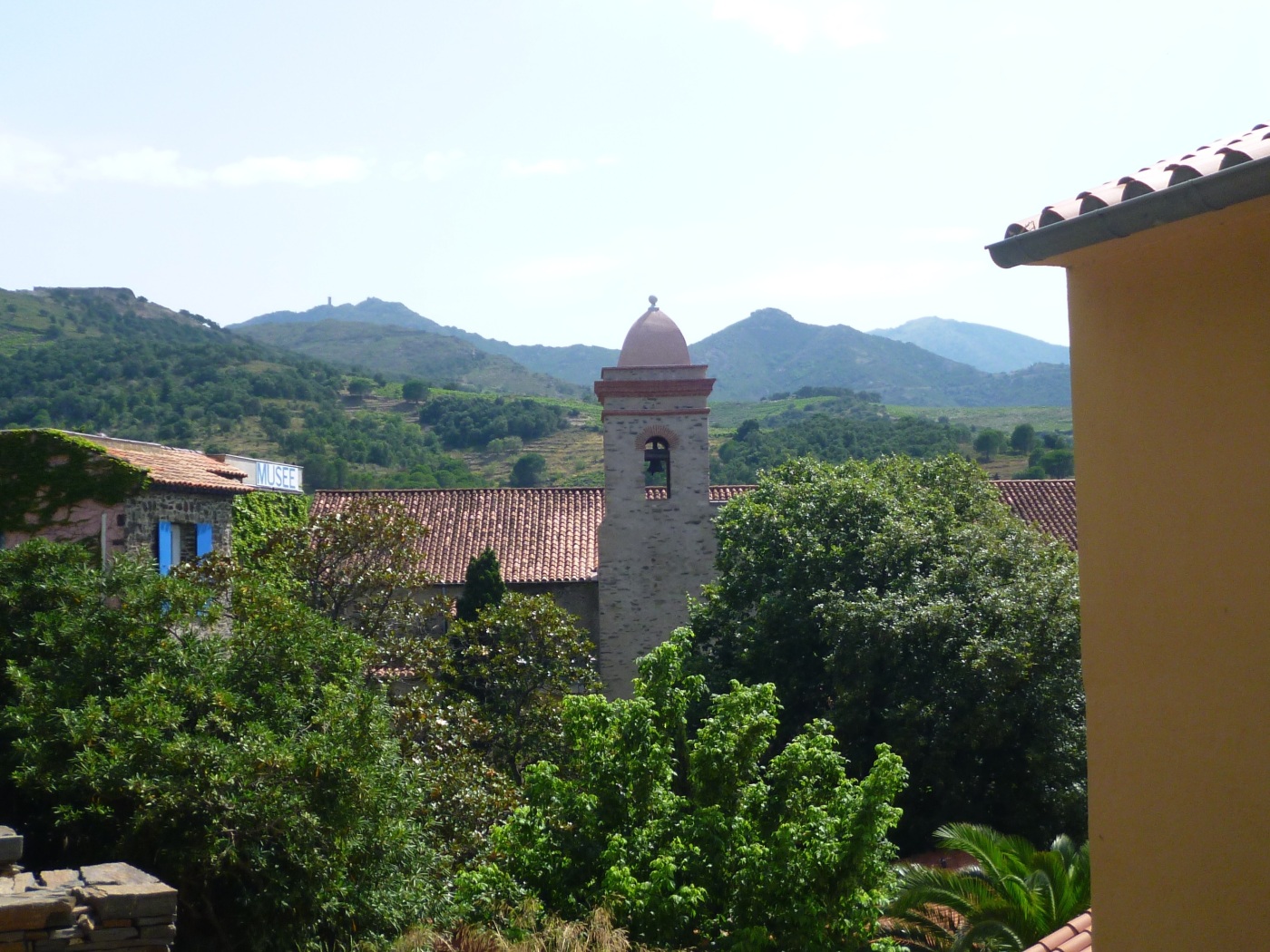 The terraces of the vineyards stepping up the hillside are retained by ancient dry stone walls, extended and repaired through the centuries.   Vineyards, introduced to the region by the ancient Greeks in the 6th century BC, were well established around Collioure by the time of the Roman occupation.  Local wine growers who describe their grapes as grown on thousand year old terraces may, in some cases, be under estimating.

The 13th century church of the Dominican monastery is now the cooperative winery of the Collioure AOC, maybe not inappropriate as the medieval monks lived a life of work as well as prayer and surely made wine from grapes harvested on the land owned by their community. 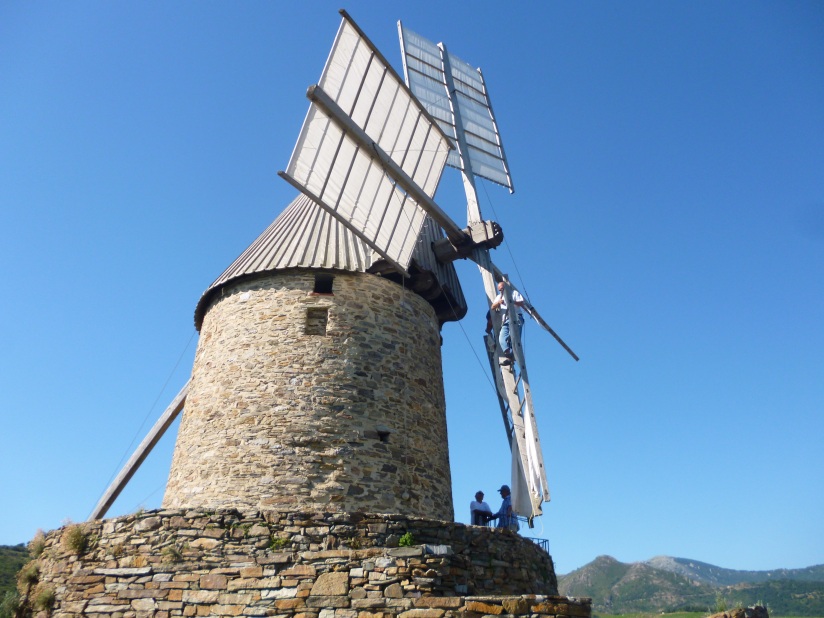 Just up the hill from the surviving remnant of the monastery cloisters, terraces planted with olive trees climb to a small windmill.  Built in 1337, to grind wheat and other cereals, the mill served local farmers into the nineteenth century.

By 2000, when the local council decided to restore the mill, only the ruined stone tower remained.  Supported by an active group  of volunteers, the mill has been brought back into working order but, as local farmers no longer grow wheat on their narrow terraced fields, the mechanism has been adapted to crush olives for oil production.

Setting the sails of the windmill involves climbing the vanes to attach the canvas covers.  The mill doesn’t have a tail vane to turn it into the wind – the miller does that by leaning on the long queue or tail.

The view from the windmill, looking towards Fort St Elme.  Grey green foliage of olive trees in the foreground with cork oaks beyond.   The vines to the right of the picture are growing on narrow, stone walled terraces.  The bright green triangle to the left is also a vineyard but the vines are planted on the slope, maybe a more modern planting, easier for wheeled access.