Not Quite What it Seems

A weathered, wooden door, studded with iron nails.  Mullioned windows under sculpted, gothic lintels.  Worn steps, patched with new stone.  Leaded lights and stained glass.  The house on the corner of Rue des Ursins has all the signs of great age and centuries of gradual change. 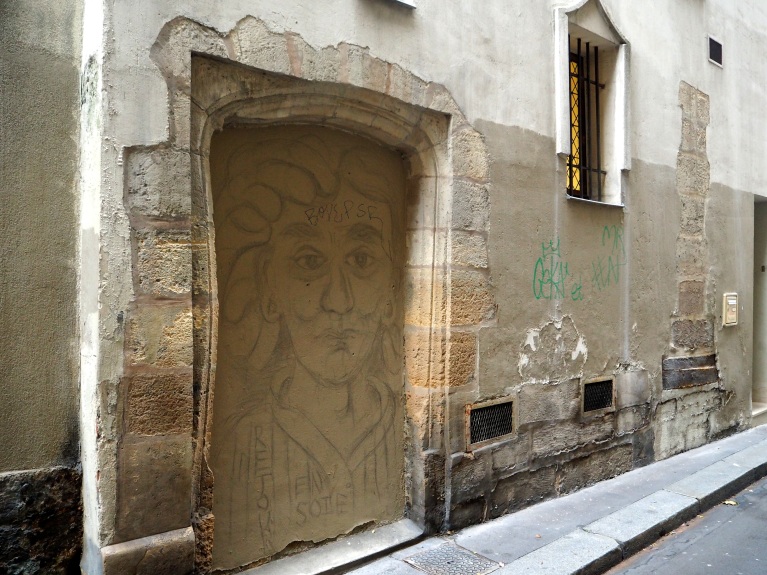 This disused door, round the side of the building in Rue de Chartres, has been blocked up, leaving a tempting canvas for street artists. 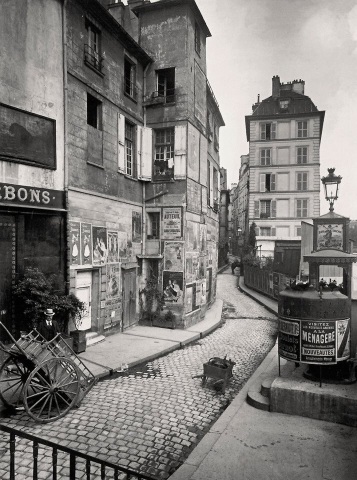 The 1900 photo by Eugène Atget shows the curving lines of the narrow street and the outlines of the buildings much as they appear today.  The area’s been smartened up a bit since then and the ground floor of the house is no longer smothered in advertising posters, so all the windows can be seen more clearly.  Ah, that’s a give away.  One window in the tower has disappeared, and where did those gothic lintels come from?

The house in the second picture was built in 1958.  Designed by local architect Fernand Pouillon, who lived in it himself for a year after it was completed, the building occupies the exact footprint of the building shown in the 1900 picture.  Many of the original materials were reused in the new house, together with a selection of medieval windows, doors and ironwork, salvaged from other demolished buildings. These walls, doors and windows have long histories, but not all in this place.  Put together, the stories hidden in the stone would make a confusing narrative.

Apparently there’s rather a grand house, medieval style, behind this modest facade, with magnificent views over the river Seine.  It is said that for some years it was the Paris residence of the Aga Khan.  A house with stories to tell, but not quite what it seems.

Whatever the story, it’s a nice doorway, which is why this post is linked to Thursday Doors.

15 thoughts on “Not Quite What it Seems”