A Pair of Sailor’s Trousers 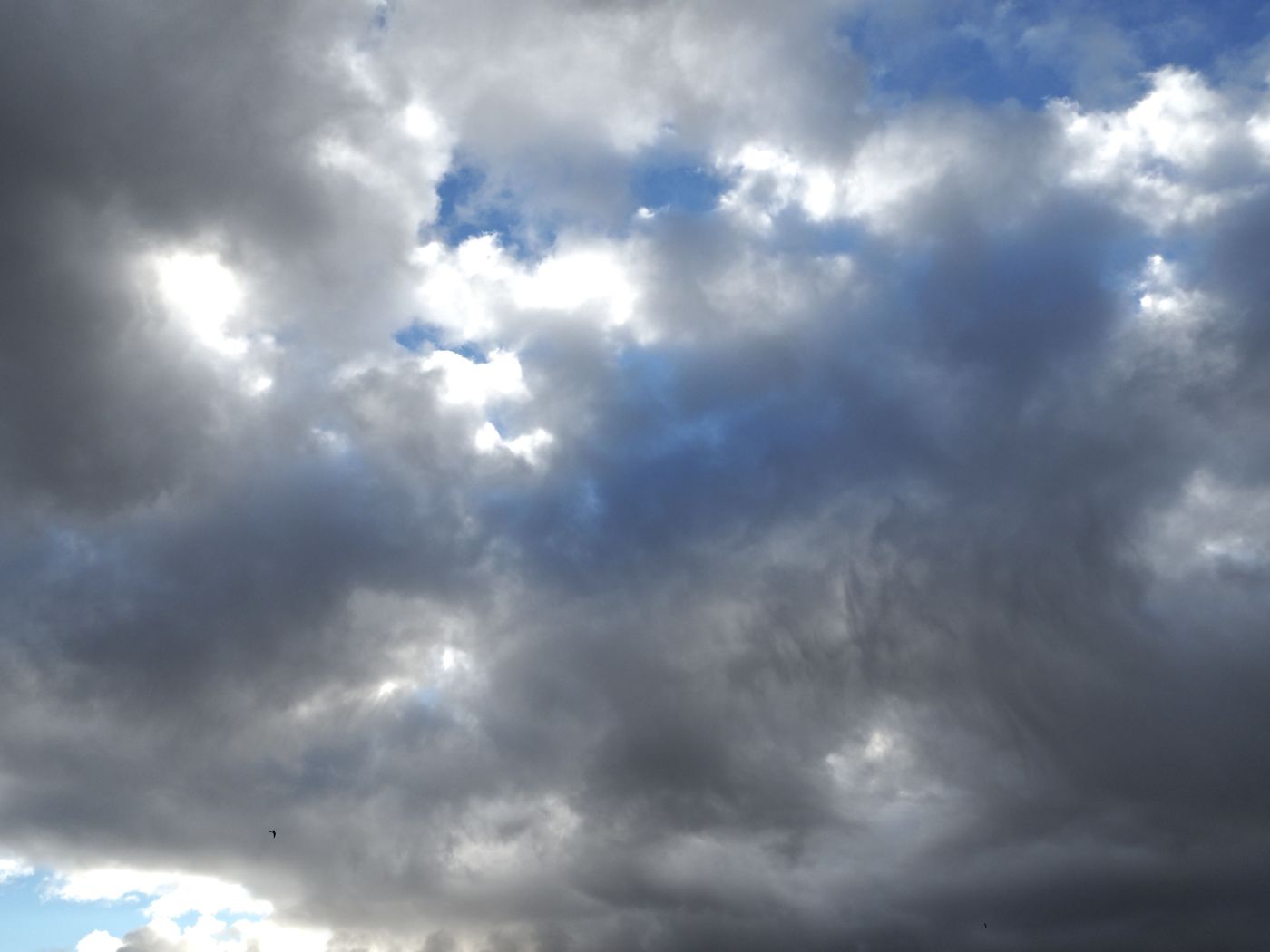 A break in the cloud and ‘enough blue to make a pair of sailor’s trousers’ promises fair weather to follow.  In an unpredictable climate traditional weather lore anticipates the days ahead, with more optimism than accuracy. 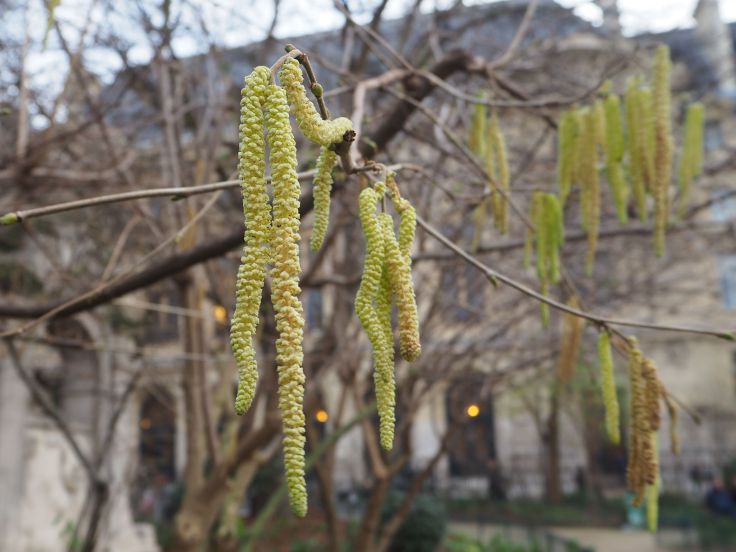 Lambs’ tails on hazel bushes shed their pollen on mild winter days. January was unseasonably mild in Paris this year – welcome or worrying? 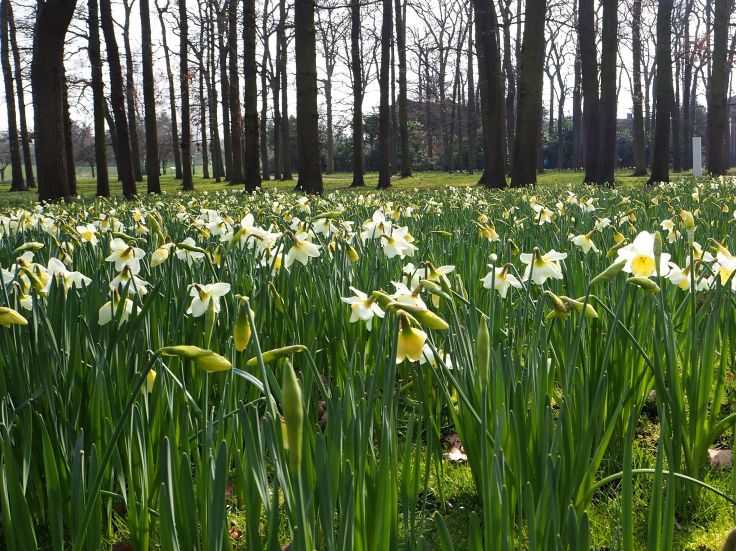 March ‘comes in like a lion and goes out like a lamb’.  By the end of the month it was warm enough to sit out in the sun – here in the gardens of the Palais Royal – but the trees were still waiting for longer days before opening their leaves.

Lily of the valley, or Muguet de Mai is the French May flower but for me the month feels incomplete without the May blossom of hawthorn trees.  To my grandma the old saying ‘cast not a clout till the May be out’ meant you should keep a woolly vest on till the May stopped flowering and the month ended.  In a mild year the May flowers early in April but Grandma would have said that promise of summer couldn’t be trusted. 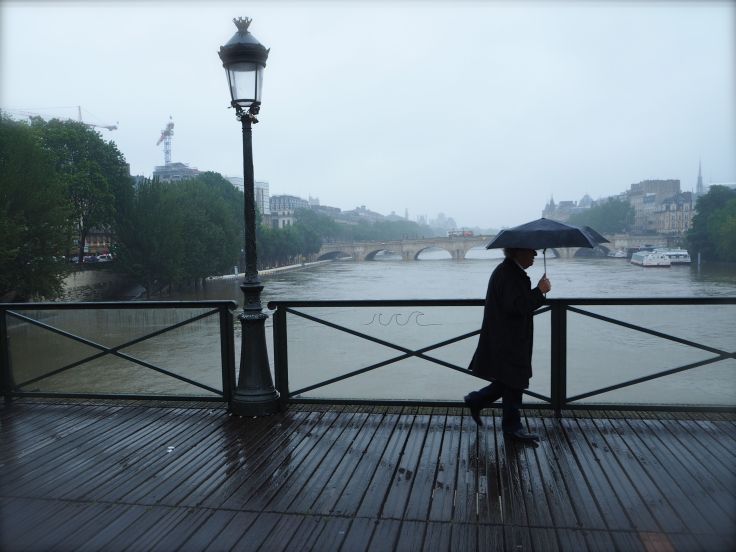 Grandma would have been right this year, at least in Paris.  May was cold and wet with nearly three times the month’s average rainfall.  The rain kept falling in early June, the Seine kept rising and once again the weather seemed worryingly unseasonal.    The rain stopped before Paris was seriously flooded and Saint Medard’s day on June 8th was fine, anticipating a dry summer ahead in French tradition. 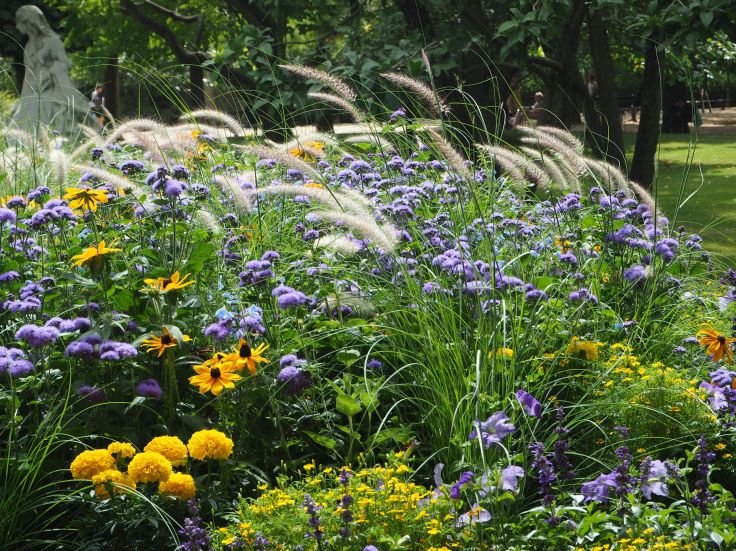 The weather set fair on St Medard’s day did continue through most of July.  On hot days the shade under park trees was more crowded than the sunny lawns.

In good French tradition I was away from Paris for much of August. In our York garden the apples were ripening, anticipating a crop that I’d be late to pick.

Back in Paris for the September harvest at one of the gardening projects I assist with. Planting seeds and looking forward to future crops is by nature a hopeful activity and an anchor to the changing seasons in uncertain times.  The gardeners at this Samu Social centre (for people who are homeless or vulnerably housed) had a crop to be proud of and a harvest to share. 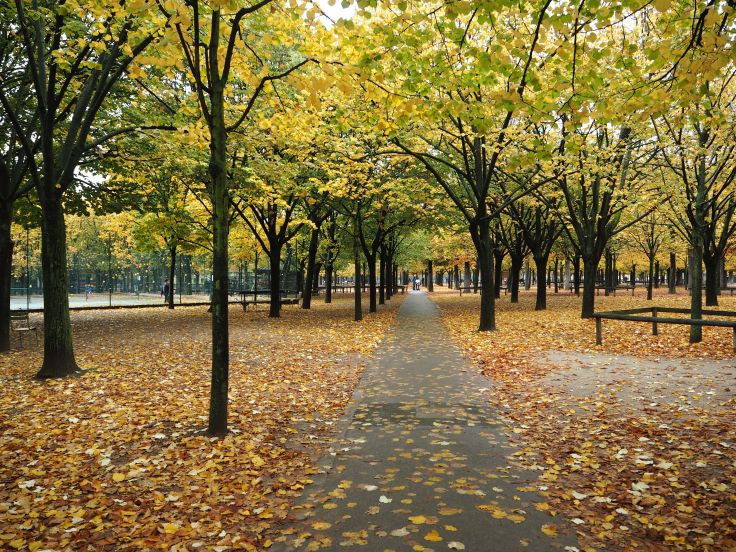 The earliest autumn leaves were falling in September but by late October there were still plenty of leaves left on deciduous trees.  Here in the Jardin du Luxembourg golden leaves carpet the ground while much of the canopy above is still green.

Winter arrived at the end of November with a few days of frost and ice.  A hard winter to come? Who knows?

December has brought still days and the ‘shepherd’s warning’ of red sunrises.  Not in this case the harbinger of rain ahead but an indicator of trapped pollution and another day when drivers should leave their car at home.  (Traffic restrictions and free public transport help to reinforce the message).

Growing up with the unpredictable British weather and a family tradition of gardening, the anticipation of each changing season is a deep rooted part of my response to the world around me.  In the human habitat of a modern city, street trees and parks still mark the turning points of the year while community gardens give city dwellers the chance to plant seeds and hope for harvests.  City green space makes a direct contribution to limiting the impact of human activity on the world’s weather systems but just as importantly it helps to keep city dwellers anchored in the natural world.  We need to pay attention to the changing seasons and to heed that shepherd’s warning.

This post was prompted by the Weekly Photo Challenge Anticipation.

11 thoughts on “A Pair of Sailor’s Trousers”