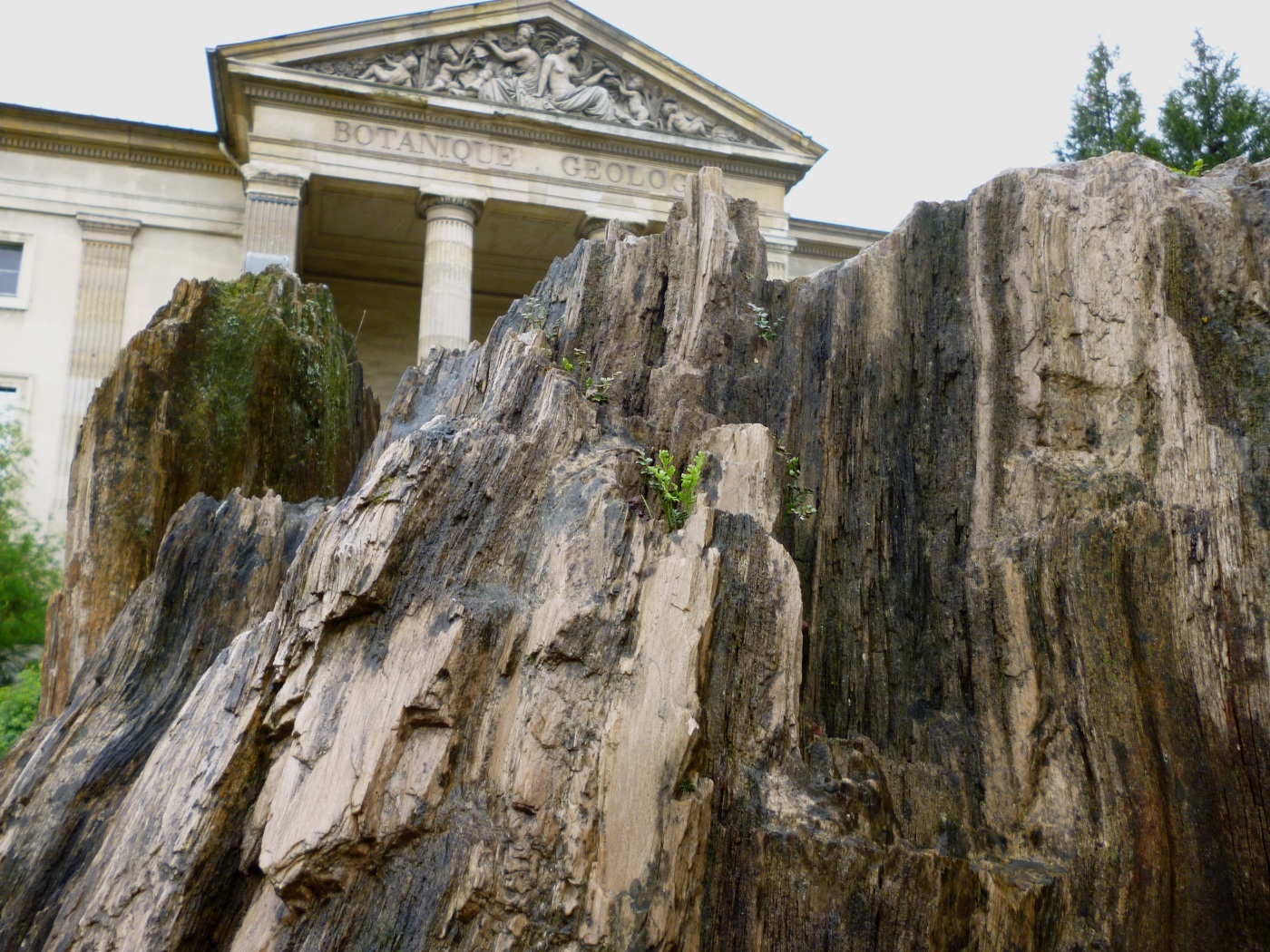 There’s a tree stump in the Jardin des Plantes, standing in a small railed enclosure outside the museum of botany and geology.  It’s clearly the stump of a large tree, raggedly broken off rather than neatly sawn.  It looks as though the bark has rotted away, leaving the inner core of the wood.  Some moss is growing on the shady side and a tiny rusty back fern has lodged in one of the crevices.

The stump was discovered in a sand quarry at Villejust, some twenty kilometers south of Paris, in 1986.   It’s the remains of a large swamp cypress (Taxodium) that grew in the marshy forest that once covered the area where Paris now stands.  Although it looks pretty much like any other tree stump, it’s cold and hard to the touch.  It’s a fossil, around 33 million years old.

Somehow the very ordinary appearance of the fossil makes its great age all the more striking.  At first glance it just looks as though an old tree blew down in a gale a few years and no one has got round to tidying the stump up yet.  That would be surprising in the carefully managed surroundings of the Jardin des Plantes.  Not so surprising in the Oligocene epoch, some 30 million years before the first humans appeared on the scene.

The little fern looks quite at home on the fossil stump.  One of its ancestors could well have colonised the trunk of the tree when it was living.  Ferns first appear in the fossil record in the late Devonian period, about 360 million years ago, though most of the current families and species of ferns didn’t emerge until the early Cretaceous, after flowering plants came to dominate many environments.  That puts a recognizable relative of this little fern in the picture about 145 million years ago, and puts us humans in our place.